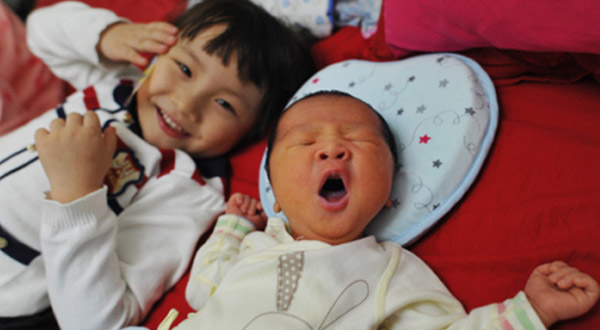 17.23 million births points the way to 17.3 toy consumers in two to three years.

China, like many of the world's developed and developing countries is not replacing itself. In other words, China, like the United States and most European countries, is not producing enough births to replace those adults who are dying. This is an ironic situation for a country that for decades restricted its birthrate through a government imposed one-child policy.

At the time it instituted the restriction on births, China was rightfully concerned about it being over-populated. The plan worked and, in fact, worked so well that the one-child policy has been increased to two and indications are that it will go to three next year.

The reason for the increase in allowable children is that the number of newborns projected under the two-child policy are not being met. According to a Wall Street Journal article by Liyan Qi, "China Replaces Family Planning With Family Development as Births Decline":

China replaced a one-child policy with a two-child policy in 2016, but the effects have fallen short. The 1.3 million increase in newborns that year—to 17.9 million—was less than half what was expected, according to the National Bureau of Statistics, and births last year slipped back to 17.23 million, well below the official forecast of more than 20 million.

Those of childbearing age are the products of the one-child plan. They are used to being only children, indulged by a host of relatives. For them, a small family is the norm and they may want the same childhood experience for their son or daughter that they enjoyed.

Finally, China is rapidly moving from an agricultural country to one that is increasingly centered in large urban areas. Large families are an economic plus in agricultural communities in which each family member is a source of free labor. In urban environments, however, having multiple children is an economic negative.  Simply put, in cities, paying to raise a child comes at a high cost with little financial return.

China is not meeting its birth targets but for the toy industry, 17.23 million births points the way to 17.3 toy consumers in two to three years. With a three-child policy that is going to increase…maybe.