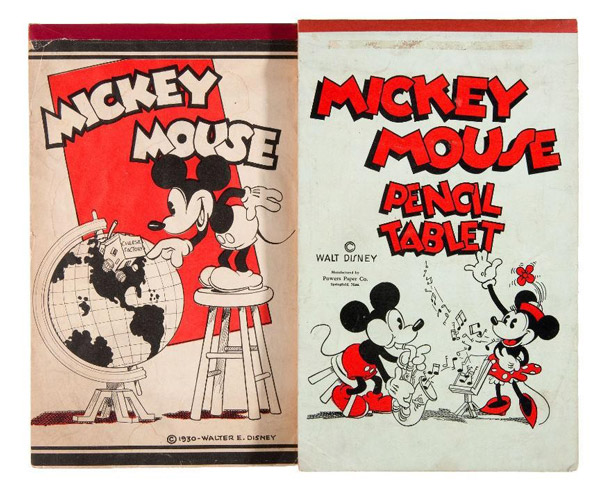 Above is the first piece of merchandise that Walt Disney ever licensed. He had just lost the rights to his creation, Oswald the Rabbit, when he was approached by a gentleman in a hotel lobby. It was 1928 and the man offered Walt three hundred dollars to put Mickey and Minnie Mouse on the cover of a line of tablets. If $300 does not seem like a lot of money, it wasn't. Calculating for inflation, that $300 would be $4300 in 2018 money. Apparently, Walt needed the money.

It may have been a modest first step but Walt took the deal and went on to be the preeminent licensors in the world.