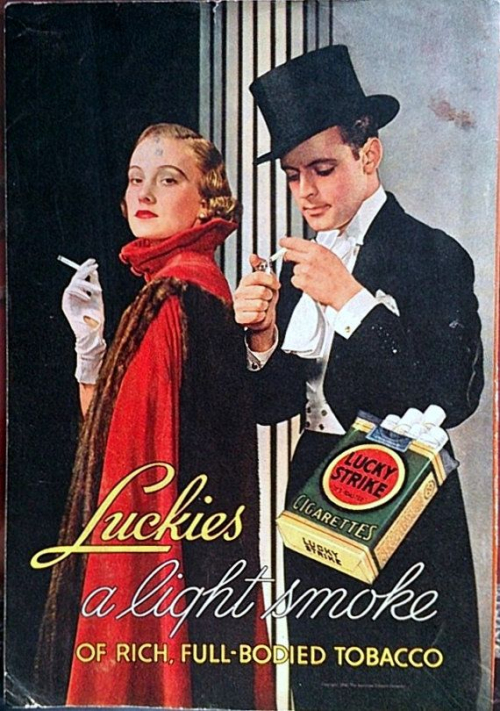 Watch an old movie and it will immediately become clear that at one time, cigarettes, the real ones, were not only ubiquitous but they were "cool". Handsome men and glamorous women puffed away, the women frequently inhaling through a long cigarette holder.

A child's parents smoked as well. Cigarettes and accoutrements like table lighters, pocket lighters and ash trays could be found scattered through living rooms, kitchens, bathrooms, bedrooms and, when on the town, in restaurants and night clubs. Cigarette girls walked the aisles and inhaling first and second hand smoke was a way of life.

What little kid could resist trying to be like an adult and what candy company could resist giving them the opportunity to do so. First introduced in the 1930's, they were a rite of childhood passage through the 1960's when the connection between real cigarettes and cancer became too obvious to ignore. They were found in candy and toy departments, right next to the candy medicine (and that, my friends, is a whole other story). 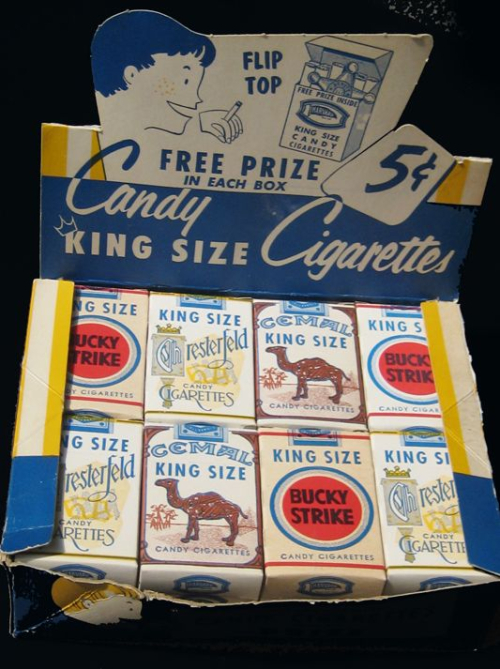 Candy Cigarettes makers parodied the names of known cigarette brands and even stole their trade dress. Look at the images depicted above and below and you will see take-offs on popular brands like Lucky Strikes, Chesterfields and Camels. Except in the candy form they are called Bucky Strikes, Chresterfields, Cemals and Chesterfields. As I began to think about it, however, it occurred to me that the trade dress was too identical. Why had no cigarette company sued a candy company for trademark infringement? Perhaps, they saw the candy version of smoking as a gateway to the real thing. Candy companies were creating future smokers so why not make sure that kids chose their brands at an early age.

And it wasn't just the cigarette companies getting involved. Popeye and other cartoon characters did as well.

I guess Popeye, when he wasn't eating spinach, was puffing away on a Popeye Cigarette.

Candy Cigarettes are certainly not a bright spot in the history of candy or toys. Yet, they are, unfortunately, very much a part of that history. 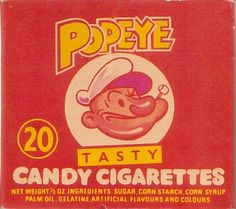