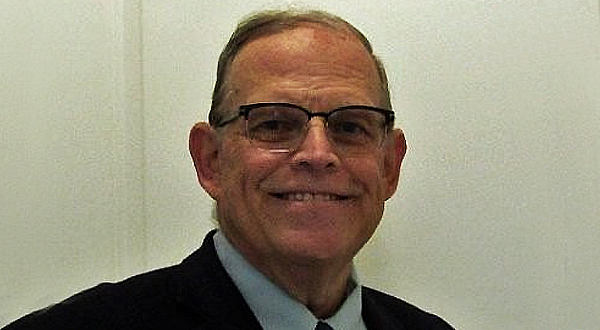 We at Global Toy News do not typically publish articles of this length nor ones that are as personal as this one is. Never-the-less, 50 years in the toy business is a landmark event and one that needs to be celebrated. That is why we are publishing this piece by Jim Meyer.
Jim  has over 50 years of experience in the toy business, including positions with Tyco Toys/Mattel, FAO Schwarz, KB Toys and etoys.  Over the course of his career, Jim  has made over 30 trips to Asia and Europe and has attended well over 50 major toy fairs. Here is Jim's letter to the entire toy industry.
…
I would like to take this opportunity to thank the entire toy industry for FIFTY WONDERFUL YEARS that I have spent with all of you! (No, I’m not retiring now, just marking a big milestone!).  Never did I imagine that I would have ended up in such a wonderful industry that has afforded me so much fun, taught me so much, and allowed me to work with some of the most amazing people in the entire universe.

From a beginning in 1968 working in a warehouse in Los Angeles for Toy World stores, packing orders for the toy stores while working my way through college, to owning my own franchise toy store in my 20’s, buying for some amazing retailers, opening 3 big box toy stores for a Saudi Prince in Saudi Arabia, to now, owning my own consulting business and in an industry that has afforded me and my family such a wonderful life and career.

Working for Duane Hedke, Jack Guenthard, and Ron Qualls in my first buying job gave me so much valuable education as they guided me through their decision making after basically every sales presentation:  why they were buying something, why they weren’t, the presentation of the salesman, what to watch for, retailing the product, negotiation skills, merchandising the product, pricing the product, the deal from the vendor, etc..  And then following them through my first New York Toy Fair in 1975 was just exhilarating. Every new buyer should have such great training.  This was an excellent group of mentors that have given me such a phenomenal base of knowledge of the industry, knowledge that I have used throughout my career and that I still use today.

Exciting things happened along the way such as all the buyers at Rasco Stores voting 100% no on my very first presentation for an advertised item in the company circular (welcome to buying! It was a joke, and I got the item in after all), a visit to my office from the FBI to ask why I was trying to export explosives (Estes Rocket Engines-Who knew they were gunpowder?) to Saudi Arabia for a Saudi Prince, creating a $100,000 Monopoly game for FAO Schwarz, buying and selling 2 REAL customized Pokemon Volkswagons for FAO Schwarz, meeting tons of celebrities in many of my industry positions, playing golf with the Undertaker, doing TV interviews, producing a TV commercial, traveling all over the world, and many, many more unbelievable experiences that I will carry with me forever.

There were some bad things along the way as well.  Too many funerals.  Watching the twin towers go down from a showroom at 1107 Broadway in New York on 9/11, and a heart attack in 2004.  Many thanks to all my friends who also sent along their prayers and good wishes and a roomful of flowers during my hospitalization.

The hardest part was moving 23 times back and forth across the country in my career (welcome to retail!).  My 3 wonderful daughters, Kim, Keri, and Kristi, stayed with me through all the moves, and now all have wonderful lives and children, and we have 5 grandchildren to be proud of as well.  And to my wife, Judy, who has been along and supporting me during the last ten years of this wild ride.

Please allow me to thank a lot of wonderful and special people by name, and if I forgot you, I’m sorry, it was not intentional.  Take a walk through my career in the toy industry with me and also to remember fondly those in this list that have passed on. Many of these people have gone on to bigger and better things in the toy industry and were all well appreciated in how they helped me along the way!

Tim Galvin- Warehouse Manager-who hired me into the toy industry first in 1968!

Best memory- Promoted from packing toys to delivery, then to eventually Receiving Clerk.

Best memory- My education in learning the toy business

Best Memory- Teaching students about marketing in the toy industry

Best memory- Learning how to run a successful operation/making 6 figure income in my 20’s (#4 volume store in a chain of 50 toy stores) & won company sales contest and a cruise!

Best memory- Getting acknowledged in front of the entire company for highest increase over plan EVER and largest bonus for a buyer EVER!

Best memory- Having a great group of people to work with

Kansas was pretty- That pretty much says it all

And last, but not least, in no particular order, I would like to thank the following people that I have worked with, and those that have helped me so much to succeed and be who I am today, and who I have the honor of saying, are all my friends.