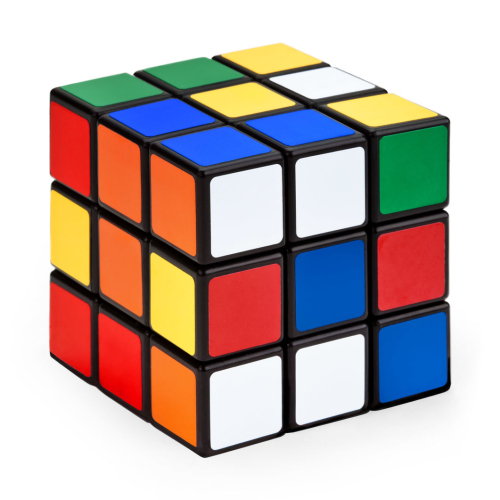 "Right now, Toys R Us is just one big Rubik's Cube. Move one layer and it effects another."

In my last article, "The Ghost of Toys R Us Haunts the Dallas Toy Show", I wrote as follows:

As I entered the Dallas Market Center for the first day of the Dallas Fall Toy Preview, I was greeted by a ghost. It appeared that there, right in the middle of the entrance, stood a happily waving Geoffrey the Giraffe. I, of course,  thought that Geoffrey was dead.  I rubbed my eyes to make sure it was actually him and not some apparition from the world beyond bankruptcy.

Though there had been some rumors about Geoffrey's Toy Box prior to the Dallas show, it was still very much a surprise to find that it was actually happening.  But this was not the only surprise that Toys R Us was to offer us that day.

While Geoffrey was busy greeting attendees, headlines appeared stating that Toys R Us itself was considering a comeback in the United States. Rather than auctioning off the chain's assets, debt holders were considering going back into business.

That announcement, of course, elicited the question: "Are they kidding?"

And it raised another question:  How exactly is Geoffrey's Toy Box connected to the proposed Toys R Us revival?

The question of a connection is not a small issue. Here is why: The Geoffrey's Toy Box venture is designed to sell former Toys R Us private label brands to U.S. retailers. Those with Geoffrey's Toy Box were actively pursing that course. If, however, there is a Toys R Us revival, they are mandated to sell those brands only to Toys R Us entities that are operating in specific countries, for example: Canada, China and now maybe the United States. If the Toys R Us resurrection comes about, what happens to the orders that the Geoffrey's people were soliciting from other retailers at the show.

And wait a minute. Does the announcement by Toys R Us have anything to do with the on going dispute between the Toys R Us debt holders and minority Toys R Us Asia investor, Li & Fung. They have been in conflict over the potential auction price for the valuable Asian assets. Is this a positioning strategy by the debt holders to get the auction price up?

Confused by all of this? I sure am. Right now, Toys R Us is just one big Rubik's Cube. Move one layer and it effects another. Will a pattern reveal itself if enough layers are moved? We'll just have to wait and see.