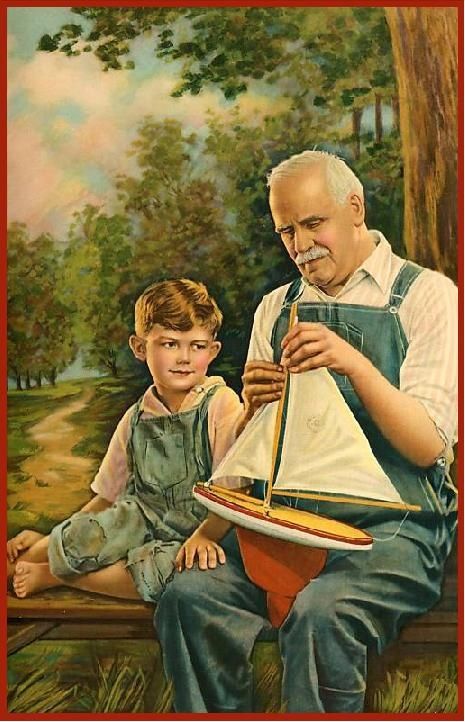 The good news, and it is very good news, is that grandparents are spending a great deal of money on traditional, physical toys. According to an NPD press release entitled, "Accounting for $7 Billion of U.S. Toy Industry Sales, Grandparents Hold Considerable Spending Power, According to NPD", grandparent toy purchases represent roughly 25% ($7 Billion) of U.S. toy sales.

In fact, according to NPD: "While parents spend the most on toys, grandparents’ spending growth in the last 12 months exceeded nearly all other consumer segments, including parents. In addition, grandparents’ online spend has grown at a faster rate than any other toy consumers."

I basked in that information for a while and then this thought abruptly barged its way into my brain: "What happens when this current set of Baby Boomer grandparents finishes out their stay here on earth. What impact will that have on the business of play and toys?"

One of the more pleasing aspects of the last few years or so has been the fairly constant annual increase in U.S. and global toy revenue. Is it possible that that increase has come because those Boomers, who grew up before the digital world appeared, have a fondness for the toys of their youth? Is it possible is that Boomers have been fueling the aforesaid increases?

And what happens when Millennials become grandparents? Is that generation, growing up in a digital world of play, going to have the same strong connections with physical toys? In short, what sorts of playthings will they purchase for their grandchildren?

And that notion brings me up to what I found to be the most telling statement in the NPD report:  "…grandparents’ spending growth in the last 12 months exceeded nearly all other consumer segments, including parents…" Those parents are going to be grandparents in fifteen to twenty years.

The Boomers aren't leaving anytime real soon (sorry, Boomers, I'm not trying to overly morbid) but I do think that those who engage in the creation and sale of physical toys will want to think through the implications of the loss of a grandparent generation that embraces physical play only to be replaced by one that, at least to a lesser degree, does not.