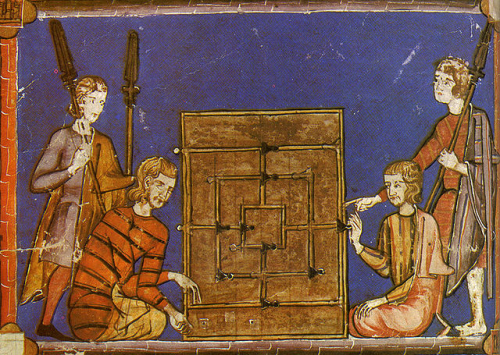 If you were alive in the 13th century, and living in what is now Russia, you would have had your hands full not getting killed by Mongol raiders. If you were, however, fortunate enough to live in a castle near what is today the Finnish border you would certainly have been a lot better off. In fact, you may have had time to play a game  that was recently discovered in Vyborg Castle. 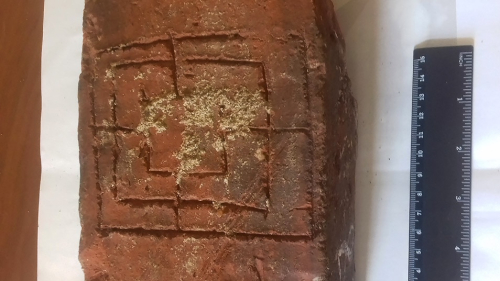 According to the Moscow Times (see: "Archeologists Discover Medieval Board Game in Secret Castle Crypt in Russia"), workers were engaged in excavations when they came upon a secret chamber. In it they discovered a board game (more of a clay game, actually). Those who are expert in games describe it as an early version of Nine Men Morris.

I think its fascinating to think about people, like you and me, passing time by playing a game. Perhaps, someday in the 29th Century excavators will excitedly report to the world that they have unearthed an ancient copy of "Cards Against Humanity" or "Exploding Kittens", discovered in a hidden, paneled family room.

Until then, we can all take pleasure in knowing that, although the centuries pass, people have always enjoyed playing games and socializing…just like us.