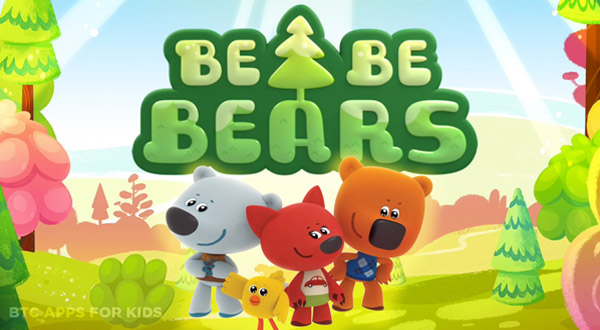 With this much new intellectual property on the way, will licensing royalties and guarantees go down?

In this time of international tension, it is easy to forget that we in the business of toys, video games and media have been, for some time now, helping to create a global popular culture. A great deal of this has come from the exportation of American cartoon shows to the rest of the world. This week, that changed.

Netflix announced they have secured the rights to two Russian (yes, I said Russian) cartoons: "Be-Be Bears" and "Leo and Tig".The shows are produced by Parovoz Animation, a Russian production company based in Moscow. As you would imagine, both cartoons focus on animals having fun. The aesthetics are cute (I really like the faces on "Be-Be bears".

By the way, this is actually not the first Russian cartoon show to successfully enter the western markets. "Masha and the Bear" has been appearing on Youtube since 2016.

I think that we in the west can expect to see a great deal more intellectual property coming out of China and Russia. Here's why: There is a tremendous demand for intellectual property right now as Amazon, Google, Netflix and other streaming services  act on their growing hunger for children's shows.

Making the acquisition of new children's I.P. even more urgent is The Walt Disney Company's decision to  jumped into the streaming video business. The new entity is called "Disney Play" and it is pulling back the rights to Disney content so that Disney media can only be found be found on the Disney streaming service.

All of this raises some questions:

With this much new intellectual property on the way, will licensing royalties and guarantees go down?

In the same vein, how are toy companies and retailers going to decide upon which shows to place their bets?

What are your thoughts?