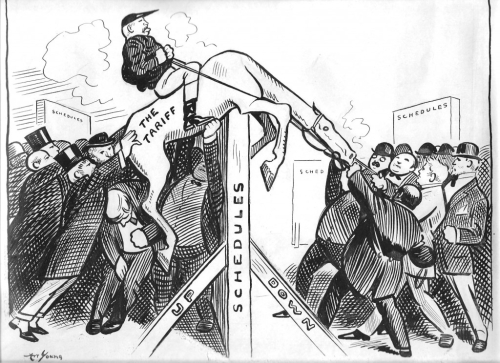 If you have read some of this week's articles about the latest round of tariffs you would probably think that the toy industry was deeply impacted. Consider these headlines:

"Toy prices will likely rise as a result of tariffs on Chinese goods" - Marketwatch, September 21, 2018

"China Races to Get Toys and Car Parts to U.S. Before Tariffs Bite" - Bloomberg News, September 21, 2018

Actually, at least for now, its not. The latest round of tariffs did not effect finished goods, only some raw materials. So the only ones impacted at this time are those who make their toys in the U.S. and import raw materials from China with which to make them. If, however, there is another round of tariffs and then the toy industry may well be impacted…and that is where Wal-Mart and the Wal-Mart shopper comes into play.

Talk of trade and tariffs for most people falls into the esoteric world of economists and politicians. It only hits home for them when it shows up as higher prices on retail shelves. Wal-Mart is certainly aware of that.  The company sent a letter two weeks ago, to US Trade Representative Robert Lighthizer, stating their concern that "[t]he immediate impact will be to raise prices on consumers and tax American business and manufacturers." The company went on to stipulate that "[e]ither consumers will pay more, suppliers will receive less, retail margins will be lower, or consumers will buy fewer products or forego purchases altogether,"

Many consumers will think that saving American jobs through higher tariffs is a virtuous idea until they begin paying the bill for that virtue at the check out counter. Once that happens, its a political issue…a losing political issue.

That is why I think that the White House may not be so quick to pull the trigger on another round. At least I hope not. These are not normal times so what stands for standard logic does not necessarily apply.

Never-the-less, Wal-Mart has a powerful constituency and they, to a very large part, drive the U.S. consumer economy. Let's hope those who make these decisions pay attention.