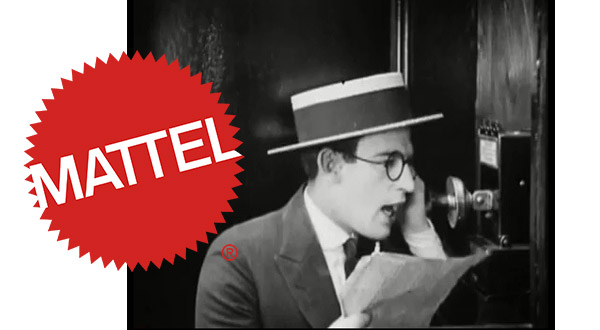 Mattel C.E.O.,Ynon Kreiz, is showing that he is bold. Now he just needs to stay around for a while.

Just four months after taking over as CEO and Chairman of Mattel, Ynon Kreiz is making a big bet on the movie business. Mattel announced last week that it was forming a new development and production division that will be called Mattel Films.

Mattel has unsuccessfully played with the movie business in the past.  It has never made the commitment or had the success experienced by its rival Hasbro. Mr. Kreiz, however, is demonstrating his seriousness  about this new strategy by hiring successful, Academy Award-nominated producer Robbie Brenner to head up the new division.

After the announcement, Investors signaled their approval by driving Mattel stock up by 3.7%. You can see why. Hasbro has already demonstrated that a toy company can become a media company. The Transformers movie series, for example, has not only generated additional revenue, but has also spurred the sales of movie branded toys and licensed products as well as generated exponential increases in brand awareness across generations.

Mattel, on the other hand, is still trying to get a Barbie film made. A deal with Sony was finalized four years ago but the movie's release has been moved back to 2020. We should not be surprised by the company's prior lack of a focus on film as it has gone through four CEO's since 2014. That plus the long running lawsuit with MGA and Isaac Larian have cost the company in terms of focus and execution.

Mattel has a number of highly valuable brands that would make for some entertaining movies. Barbie and Hot Wheels are naturals. But don't forget American Girl. Yes,  sales have slowed but there are few toy properties, if any, that have richer and more compelling story lines. What a great mini-series concept for Netflix or Amazon. This is an important and long overdue move by Mattel.

Will it succeed? That all depends upon a lot of factors, perhaps the most important being a long tenure for Mr. Kreiz. Mr. Kreiz is showing that he is bold. Now he just needs to stay around for a while.