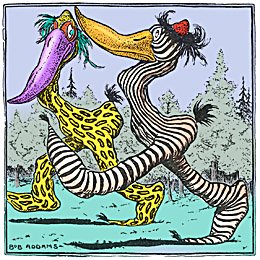 The early 20th century was a golden age for children's illustration. The drawings were wild and fantastic and must have enthralled adults and children alike.  It is sometimes good to remind ourselves that books don't have to be licensed to be successful. A great illustrator with a vivid imagination can fascinate without being backed up by a movie, video game or television show.

The above illustration of two outlandish birds was by illustrator, Bob Addams, and  was used as an illustration in a children's book of poetry. Do you think it possible that Dr. Seuss was inspired by Addams? 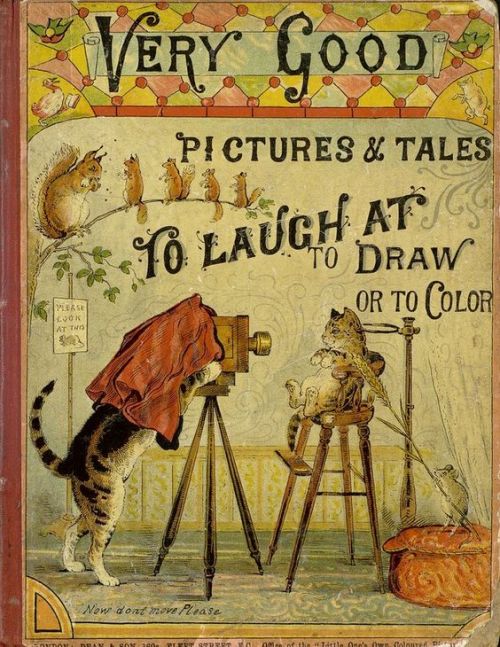 The above title, "Very Good Pictures To Laugh At To Draw and To Color",  was written and illustrated by Francis, Boz and Bodfish. It offers us cats and mice engaged in taking the picture of a restless kitten.

I love the way the mouse on the right is tickling the kitten in the chair. I suppose to get him or her to smile (I don't know if the kitten did smile, but I sure did). The cat photographer has placed a posing stand behind the kitten (they were used at the time because it took a long time to take a picture) and the sign behind him or her says "Please Look At This" and bears the image of a mouse. 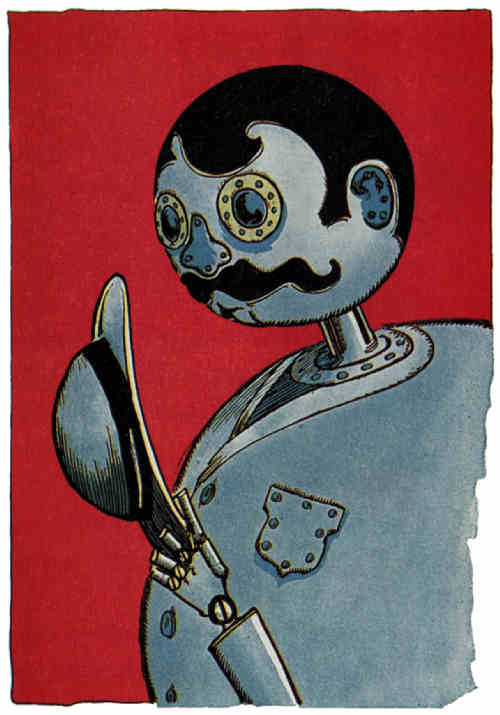 The wonderful robot, pictured above, is by Jon R. Neill. Mr. Neill illustrated all of L. Frank Baum's Oz books with the exception of the Wizard of Oz. The illustration dates to 1914 and is a wonderful depiction of what was called at the time, a "mechanical man". As an aside, Carl Kapek is credited with creating the word robot in his book, R.U.R. It was published in 1921, seven years after the Baum book.

Another great illustrator of the time was Windsor McKay, whose "Little Nemo in Slumberland" provided a  host of surreal images that depict the adventures of a little boy while he dreams after eating too much Cheese Rarebit.