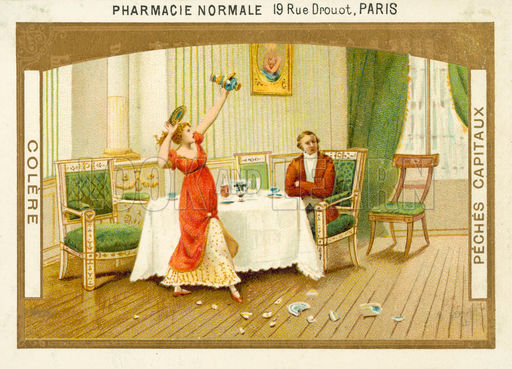 She must be angry about Wrap Rage

Several years ago, I was  in a meeting with Gary Locke, the then Secretary of Commerce. I was part of a group that was there to talk about some new, onerous, government regulations. Before we could get into what we wanted to talk about, Mr. Locke had his own agenda. He was, as a citizen and the Secretary of Commerce (but mostly as a citizen I think), frustrated with what he considered to be over-packaging by the toy industry.

Mr. Locke wanted us to know that there was simply too many twist ties, too much styrofoam and too much cardboard. Getting the toy out of the box and putting it together was just too time consuming and manually challenging.

What Mr. Locke was describing is what is now known as "Wrap Rage". As it turns out, he was not alone in his concerns. Rising retail giant, Amazon, was getting concerned about it as well. Over-packaging was Amazon's number one customer complaint.

Amazon decided to do something about it and began encouraging providers, for economic and ecological reasons, to reduce their packaging.  One of the companies complying was Hasbro.

Boston Globe writer, Alex Gailey, tells us in his article, "Chilling ‘wrap rage:’ Hasbro and Amazon pack toys with less stuff", that:  "…more than 100 of [Hasbro's] products can be purchased through the online retail giant in “frustration-free” packaging." Hasbro is far from alone as "1,000 companies…have collaborated with Amazon to simplify how they package products sold online."

Amazon, unlike its brick and mortar retail competitors, does not need the bright, colorful packaging that is required to lure consumers into stopping, picking up and purchasing a product. That gives them a clear advantage in cutting prices.

The less the packaging the lower the cost of goods and that's, of course, good for the consumer and e-commerce providers. It does, however, put the bricks and mortar industry at a clear disadvantage.