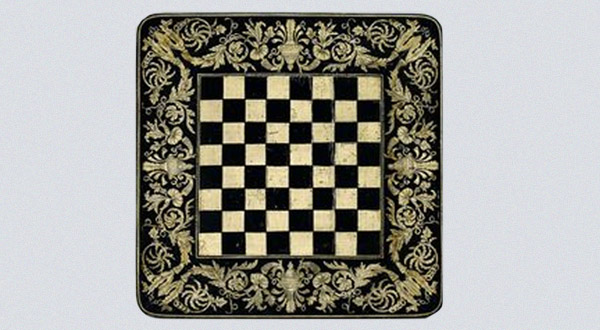 Checkers are today, at least in the United States, primarily a commodity. Inexpensive cardboard playing surfaces and plastic pieces have served to cheapen what should be a game which is admired for the complexity of its simplicity.

Many a child has experienced their first sense of mastery by defeating a parent or an older sibling in what used to be called Draughts in England, Fierges in France, and Alquerque in ancient Egypt. Here is a look at some vintage games and artwork.

The above checker board dates back to the Regency period in England (early 19th century). The colors are dramatic and the game may have been designed for a person of influence. 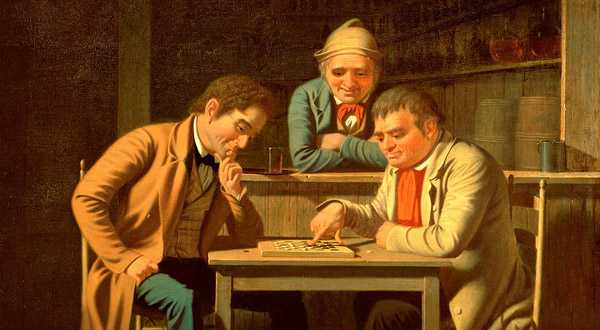 The above painting, "The Checker Players", by American artist George Caleb Bingham, dates to the mid-19th century. I like the feel of small town Americana and the use of muted colors. 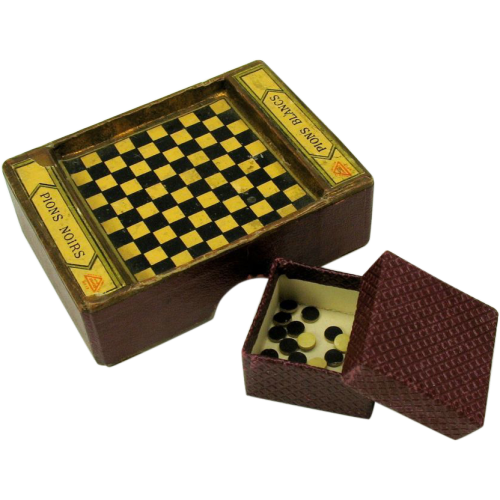 The above set is French, as you can tell by the words for Noir (black) and Blancs (white). The board appears to be made of wood while the pieces look small, the size of an Othello piece. 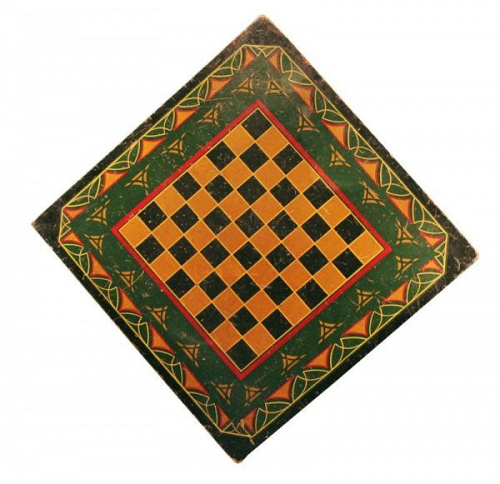 Above is a beautiful checker board dating to the the late 19th century. The board appears to be made of wood.

On the next page is a great daguerrotype of two men playing checkers. It appears to date to the mid-19th century. Love the top hat.