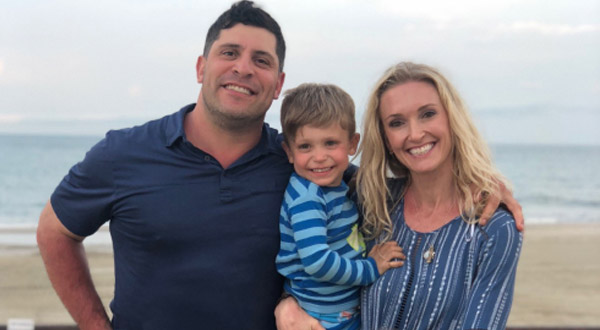 I am very sad to report that Michael Albarelli, CEO of Amloid, has passed away due to injuries caused by a fall in his home. Below is his obituary, provided to me by Linda Krebs of LKPR Inc.:

It is with deep sadness that the Albarelli family shares the passing of Michael P. Albarelli, III, 38, CEO of Amloid.

Mike sustained significant head injuries following a tragic fall in his home, and surrounded by close family and friends, he passed peacefully on the evening of Monday, August 13th.

“It’s a hard day today to start the remaining journey without my beautiful son Mike, but my son Joe and I will forge ahead, as Mike worked so hard and gave so much of himself to improve our lives,” said Michael Albarelli, Jr., president, Amloid.

“My brother will be missed greatly, but we will continue to work to ensure his vision and passion for our business are kept alive,” said Joseph Albarelli, COO, Amloid.

Mike took the helm of the Amloid family business in 2007, though, he was no stranger to the toy industry. Amloid was founded in 1916 by Mike’s great-grandfather and has seen four generations of Albarelli leadership over the last century–Mike had toys in his blood since the day he was born. He was excited to lead the fourth generation of the company and take Amloid into its next chapter. Though Amloid is 100-plus years old, Mike prided himself on the fact that the company today runs more like an entrepreneurial and rapidly growing start-up.

Under Mike’s leadership, Amloid has quickly risen to be the third largest player in junior construction, cemented powerful licensing partnerships with parent-trusted brands, and continued to innovate their product offerings while diversifying their sales channels globally.

Those who have worked with Mike knew him as a man of the utmost integrity, a reliable and trustworthy partner, a genuinely good person and dear friend. Anyone who ever heard Mike speak about his business immediately recognized his passion and sincerity and was instantly taken by his warmth and energy.

Mike was a respected leader and businessman, and his passion for the family business was only surpassed by his love of his own family. He was a loving and supporting partner to his wife, Shannon, of seven years who he started dating in college and who Mike was always proud to say is a fellow entrepreneur. Mike also was proud to be called “Dad” by his two sons who he played with and loved till his last living moments.

Mike is survived by his parents, Michael Albarelli, Jr., and Susan, his brother Joseph and sister-in-law Kristin, his wife Shannon, and sons Sam and Will, 5 and 3.

The family invites all who wish to pay their respects and celebrate Mike’s life to attend a memorial service this Saturday, August 18th at 11 a.m. at Delbarton School (230 Mendham Rd, Morristown, NJ 07960). A reception will follow at the Black Horse Tavern & Pub (1 W Main St., Mendham, NJ 07945).

In lieu of flowers, donations in Mike’s name can be made to Goryeb Children's Hospital in Morristown, NJ.

On behalf of all of us at Global Toy News and Global Toy Experts, we send our sincere condolences to Michael's family, friends and colleagues.