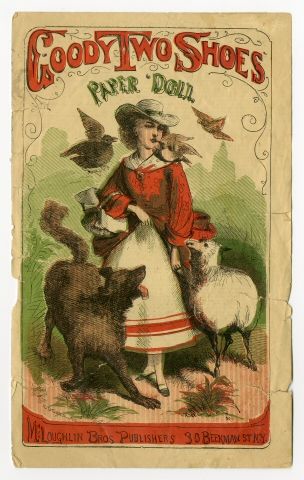 I can remember, at the age of four, my older sister allowing me to cut out some of her paper dolls. What was she thinking? I kept clumsily cutting off the paper tabs and can still remember the look she gave me. One that said: "You are the stupidest boy in the world".

Needless to say, I have not gone near a paper doll since that time. That does not, however, prevent me from taking a look back with you at some of the beautiful vintage paper dolls. It was early in that century that paper dolls first became popular in Europe.

The S&J Fuller company, an English company, began producing them in 1810. Its interesting to think that while the Duke of Wellington was defeating Napoleon at the Battle of Waterloo, women and girls were playing with paper dolls. By the way, the French with their love of fashion quickly adopted paper dolls. 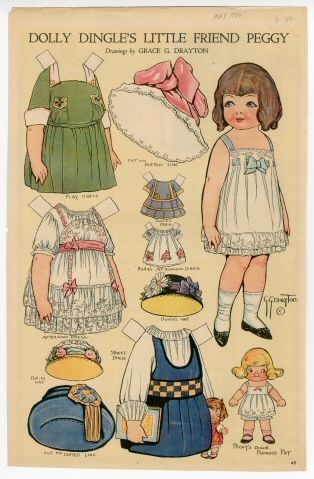 Paper Dolls with Directions, Circa 1880

Appears to Be an Advertising Promotion Using Paper Dolls

Late 19th century, love that duck at the bottom