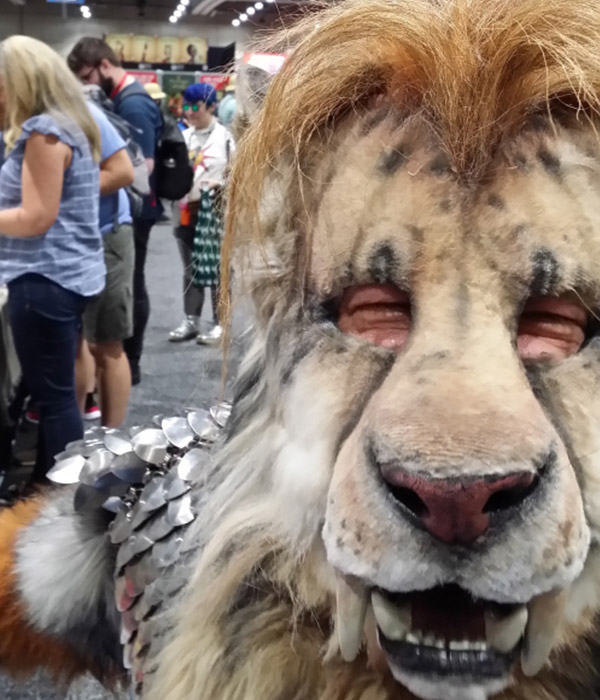 This person wore a head to toe furry suit

There are many stops along what I like to call the "Toy Highway", that series of events that those of us in the toy industry visit in the course of doing our jobs.  There is Dallas, Hong Kong, Nuremberg, Sao Paulo, London, New York, Shanghai, Guangzhou, Las Vegas and more. Each one of these events presents both a business and cultural experience. My stop yesterday at the famed San Diego Comic-Con was probably one of the most interesting and challenging I have made. 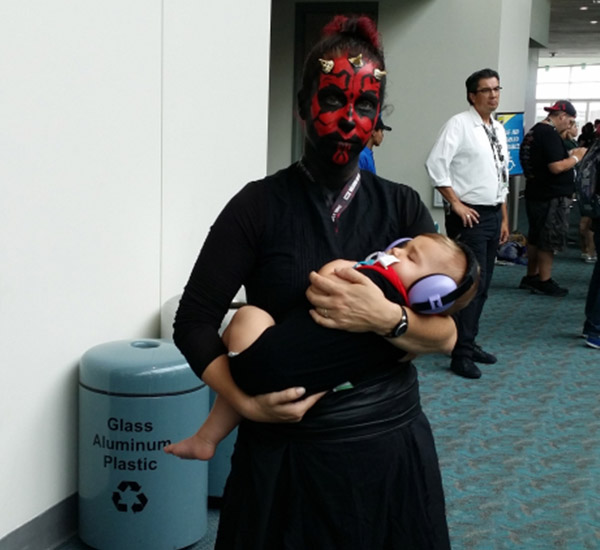 This is a fan event and you could tell that by the sheer numbers. I and 159,999 other people made their way here and yesterday I feel like I came into contact (and I mean literally) with every one of them. Comic-Con is so popular and so crowded that it times it felt like being in a giant mosh pit. I have never experienced crowds like this anywhere and I have been to a lot of places. 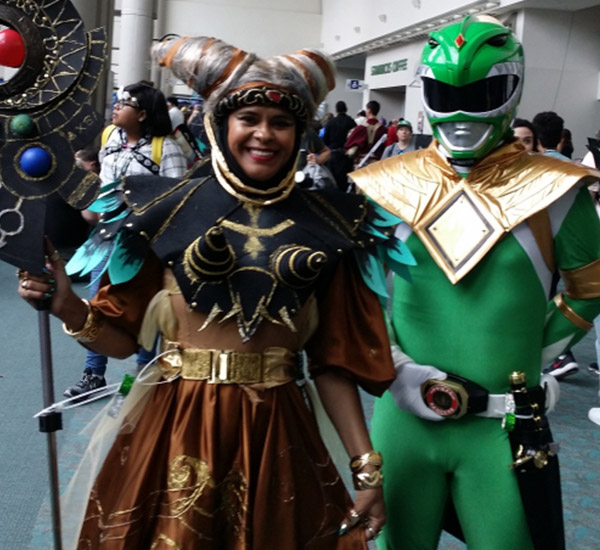 Everyone was happy to pose

Having said that, I don't think I have ever had the privilege of being with a nicer, more courteous community of people than those who attend Comic-Con. You would think that being in a crowd that size would bring out lots of angst, if not aggression, in people but I never bumped into anyone (or was bumped into for that matter)  in which the bumper did not immediately apologize and the bumpee not accept the apology graciously.

Which, of course, begs the question: Why are these people so nice? I often heard the words, "my people", when attendees referred to those who attend the event. This is a community that celebrates being different; that encourages acting out fantasies, that loves their stars (artists, writers, inkers, letterers, editors, publishers, super heroes, aliens and the people who play them in movies and on television).

As I made my way through and around the event, it struck me that Comic-Con is, in a very real sense, an arena for play.

The attendees seemed to me to be overwhelmingly adult, late 20's through early 30's. Standing with them in line and waiting to enter was to be thrown back to my youth when the thought of going to the amusement park brought shivers of excitement and joy. This was a happy crowd that admired each other's costumes and struck up conversations as they waited for the doors to open. When the first attendees began entering, a mighty roar when up from the crowd, as they hurried into the hall.

So, what about the costumes? There is a lot of cosplay going on but the overwhelming number of attendees are wearing civilian dress (or at least I think so). Even seasoned attendees tell me that they don't know all of the characters from the various television shows movies and comic books. As a result, someone wearing a slouch hat and a bandana may or may not be in character. The woman in front of me, who had painted herself blue from head to toe, certainly was in character (at least I think so).

By the way, I was struck by how embracing the event is to those who are challenged by hearing or sight loss or have mobility issues. There are special lines for them and special seating areas. When you think about it, however, it makes sense. This is an event that celebrates "the different" so Comic-Con is an oasis for those who have challenges getting around in a world designed for those who can walk, hear and see.

But what about the business side of the event; that in my next posting.