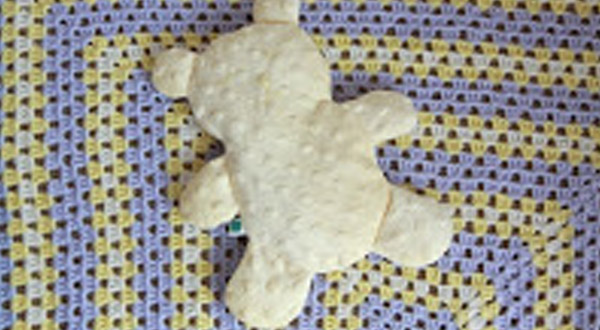 Have you heard about the big Build-a-Bear "Pay Your Age" sale? It appears that Build-a-Bear thought it would be a great idea to allow people, whether it was their birthday or not,  to pay the equivalent of their age for a bear. Of course, as you can imagine, lots of smart consumers brought their small children so that they could pay one, two or three dollars for a bear.

Not so surprisingly to anyone who does not work at Build-a Bear, the stores sold out almost immediately leaving long lines of unhappy kids and angry parents. The situation was deemed dangerous to the extent that the company tweeted this message only hours into the sale:

**Urgent Alert: Per local authorities, we cannot accept additional Guests at our locations due to crowd safety concerns. We have closed lines in our stores. We understand some Guests are disappointed and we will reach out directly as soon as possible. http://bit.ly/2Jgo6kP
And how did it the media respond?  Well take a look at this Washington Post headline: "‘Build-A-Bear’ stuffs ‘Pay Your Age’ sale after long sweaty lines, long waits and chaos." And how about this one  Forbes: "How To Build A Bummer: Build-A-Bear And The Perils Of Underestimating Shoppers' Desires."
It was a PR disaster. And a surpising one. I have been a long time fan of Build-a-Bear going back to when they only had one store. I was therefore surprised that this event, from beginning to end, was so badly conceived, managed and out of touch with reality.
Build-a-Bear CEO Sharon Price John explained it this way on the Today Show: “It was beyond anything we could have ever imagined. There was really no way for us to have estimated those crowds. We were fully stocked, fully staffed.”
Really?  Did anyone  at Build-a-Bear do a sales forecast that considered this question: What happens to the demand curve when the company's bears are priced at one or two dollars?
That alone should have been enough of a warning. It would seem that any hard look at the numbers would expose a potential disaster that could only be averted by either  bringing in trucks loads of bears  or by calling the whole promotion off.
And if Build-a-Bear did do such a forecast and thought they were in good shape for the sale then either there is something wrong with the company's sales modeling or someone dropped the ball…big time.
This responsibility for the failure must fall at CEO, Sharon Price John's feet. She is the person on top, she is the person to whom all disciplines report and she has the experience and savvy to have seen this one coming.
I watched Ms. John being interviewed on the Today Show about the failed promotion. (You can see the video by clicking here). She seemed overly prepped with talking points and came over rather flat for the first three quarters of the interview.
Then Willie Geist asked her if she felt she owed an apology to the people who stood in line.  It was a great moment for Ms. John as she became obviously moved and offered an apology that had to have resonated with the audience.
How much damage was done? Well there are some pretty upset people out there, some of whom, as Ms. John stated, came a long way to get their bear and left empty handed. Build-a-Bear has a lot of work to do to make amends to these people.
More importantly, it exposed a surprising disconnect within the Build-a-Bear organization. Ms. John and her management team will hopefully spend some time taking a hard look at what went wrong and whether there are some disconnects at Build-a-Bear that need to be fixed.