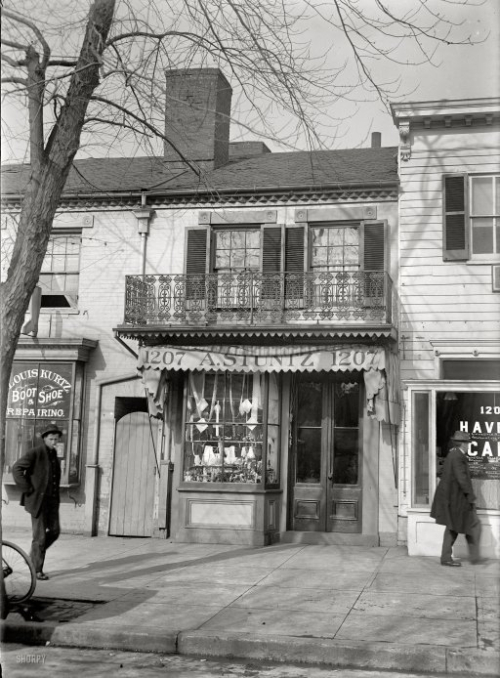 I recently read that Abraham Lincoln used to like to take a walk to "Stuntz's Fancy Store", a toy shop located just a couple of blocks from the White House. The above picture was taken in the early 20th century (the store closed in 1918) but I doubt it had changed very much since Lincoln's time.

Stuntz was a French soldier, long retired, who carved wooden soldiers for sale in his shop. Lincoln was at that time over-indulging his son Tad, whose brother (Lincoln's older son Willy) had recently died from a horrible case of typhoid fever. Here is how Lincoln put it: "I want to give him all the toys I did not have and all the toys I would have given the boy who went away."

I blew the picture up on my computer screen so I could see what was in the window.  There are carved figures on the bottom row, a baby doll hanging in the window with doll clothes and what appears to be some little vehicles on the top shelf. I imagine that today the Stuntzes would have belonged to American Specialty Toy Retailing Association.