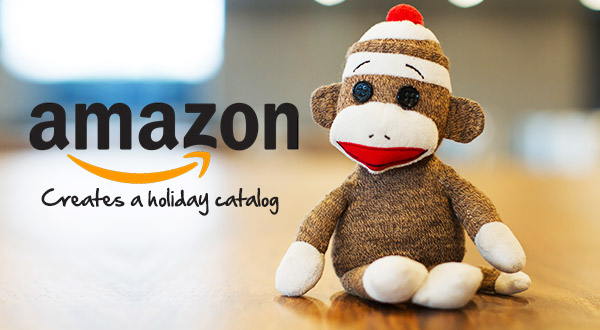 Amazon has moved from surfing the tidal wave of digital commerce to being our most versatile, first moving and fast moving retailer.

There has been a lot of positive comment (and some surprise) relating to Amazon's decision to publish an ink on paper catalog for the coming 2018 Christmas selling season. After all, with Toys R Us and its "Big Book" gone, there is plenty of room for another retailer to take advantage of the open space.

I think its great but here are some questions:

2.    Why are they so fearless in entering an area, ink on paper advertising, that is foreign to their culture?

3.    Where are they getting the mailing list? Did they buy it from Toys R Us but it has not been announced yet?

4.    Why didn't bricks and mortar powerhouses Target and Wal-Mart beat them to it? And for that matter, what is wrong with  JC Penney, which already publishes a catalog?

I think the answer may be that Amazon is not just a digital company but a retailer that knows no boundaries and is fearless in entering new channels of trade (Whole Foods) or in this case, a new way to connect with the consumer.

I think it also shows that bricks and mortar retailers like the aforesaid Target, Wal-Mart and JC Penney, are still culturally all about physical retailing and as a result unable or unwilling to move out of their comfort zone.

Amazon has moved from riding the tidal wave of digital retailing to being our most versatile, first moving and fast moving retailer. As far as I can see, the future belongs to them.