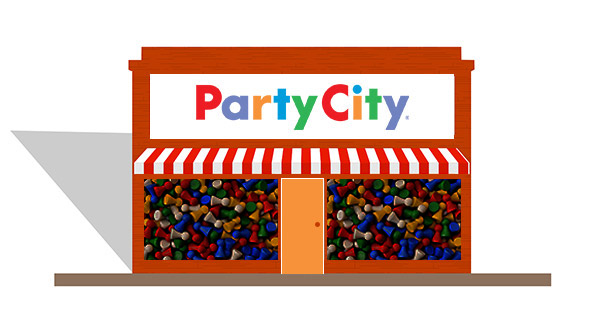 (Correction: In an earlier article I wrote that Ellen Mizer was Director of Business Development, Toys at Party City. I have subsequently learned that she is no longer with Party City).

Party City has announced that it will have fifty "Toy City" pop-up stores ready for this fourth quarter. The stores will open in September and will sit next to the company's Halloweens stores. In addition, they plan to broaden their toy selection both in the stores and online.

Party City's move into toys is not unexpected. What does surprise me a little is that they are just sticking their toe in the water. I had hoped for a more impressive opening position. On the other hand, they are strong merchants who are being careful in determining how best to determine what Party City consumers want in the way of toys; what size and locations of physical stores makes the most sense and how deep they need to go into the various product categories.

The stock price has stayed fairly steady today which at 4:00 PM is down marginally at 0.32%. The market apparently was not moved one way or another by the announcement and that could be because this appears to be only a tentative first step.

Any new store openings for the toy industry are good news. With Toys R Us gone the door is way open. Who else will walk through?