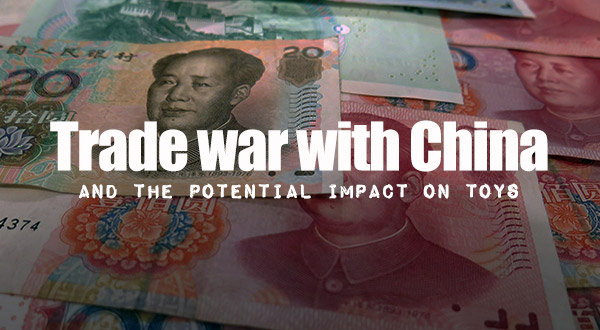 “There will be no winners if we [the Toy Association] and the toy community are thrust into a trade war."

Are we in the beginnings of a trade war with China? It is beginning to look that way. The United States government, on Friday, placed a 25% tariff on over 1100 Chinese made imports, valued at $50 billion.  China immediately responded in-kind with tariffs of its own on U.S. made imports. Then, on Monday, the U.S. President upped the ante by threatening another $200 billion in tariffs.

There has, for decades, been a zero tariff on toys imported from China.  So far, those toy imports have not been part of the new tariff package. "So far" is the operative term. With roughly 86% of the world's toys being made in China, a second round of tit for tat tariffs could mean that a 25% tariff on Chinese made toys could be the next bullet the U.S. loads into its in a trade war gun. That's neither good for the Chinese nor the American toy industries. Its certainly not good for kids and their parents who will have to pay higher prices for dumbed down toys. 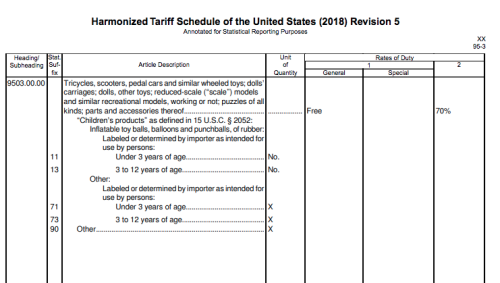 1.    Toy production is highly dependent upon "hands-on" manufacturing. China is a low wage country (particularly in comparison to the U.S.) so its workers can produce toys at a far lower cost than American workers.

2.    China's Pearl River Delta in southern China is one, huge, toy manufacturing complex with capacity and capabilities that are unmatched anywhere in the world.

As a result, the U.S. toy industry has enjoyed a closely interwoven relationship with its Chinese counterpart, both systemically and inter-personally. A tariff on toys would result in damage to what has become a powerful yet delicate global toy ecosystem.

Will a tariff on toys result in more American jobs? More than likely, not. The lack of a toy manufacturing infrastructure, the fact that toy manufacturing does not lend itself to automation and a high wage economy means that most jobs will stay in Asia and not return to the U.S.

I have communicated with Stephen Pasierb, Toy Association President, and he has informed me that the association's Federal  Government Affairs Committee meets frequently each month on trade issues.  If you want to be involved or learn more, he recommends that you contact Ed Desmond at edesmond@toyassociation.org.