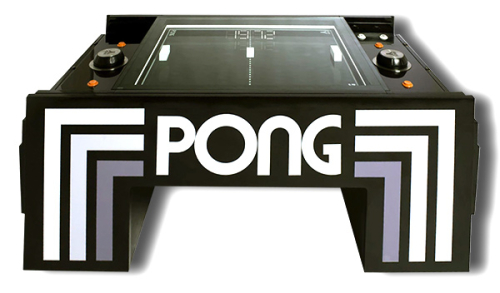 Think of what the toy industry would be like today if, in 1971, a toy company had decided to acquire the rights to Pong and Atari.

Ted Dabney, who with Nolan Bushnell, invented the first video game, Pong, has passed away. Pong led to Atari which led to the creation of the Video Game Industry which has both bedeviled and beguiled the toy industry for the last 45 years.

No one in the toy industry was interested when Mr. Dabney's partner, Nolan Bushnell, came to Toy Fair trying to find a toy company interested in getting into, what was then, the revolutionary world of digital play. That was unfortunate for the toy industry as Mr Dabney and Mr. Bushnell were forced into creating a whole new industry, video games, which now annually generates $82 billion in global sales.

When looking back from the year 2018, Pong appears to be more designed to put you to sleep than to play. Two cursors and a moving pixel of light were, however, revolutionary in 1971. The idea of being able to play a game on what amounted to a television screen was mind blowing.

Pong was played on arcade machines where players dropped quarters in order to keep playing. Eventually there were over 35,000 Pong arcade machines located in  grocery stores, bowling alleys, pinball arcades and anywhere else one would fit.

Ted Dabney sold out his interest in Atari for $250,000 but he never looked back. By all reports he was a guy who loved to tinker and felt no need for the limelight.

We in the toy industry take our hats off to Ted while wishing we knew better back in the early 70's. Think of what the toy industry would be like today if, in 1971, a toy company had decided to acquire the rights to Pong and Atari.