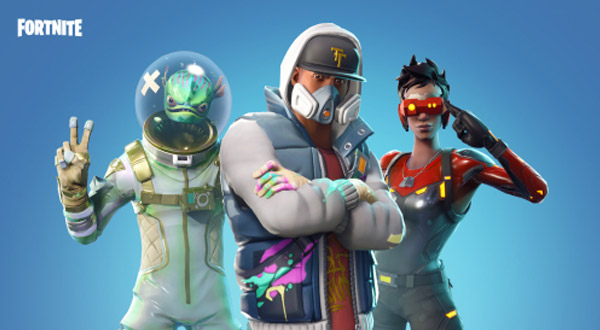 The video game, Fortnite, has taken the world by storm. If you are not familiar with it, here is how a iNews article, "What Is Fortnite? An Explainer for Parents", describes it:

[The game] pits players against 99 others in a frantic fight for survival on an island where the last gamer standing is the winner. Its bright, cartoon-like graphics prevent it from descending into bloody violence, but parents and politicians have voiced concerns over its effect on young children.

Parents and politicians are right. It absolutely is a highly addictive game which is drawing players as young as eight. As a result, you can figure that Fortnite is going to, like a vacuum player, suck up money that would have been spent on physical toys.

How addictive is it? Here are some headlines:

"Fornite Addiction is Becoming a Problem for Major League Baseball" – Fortune, May 11, 2018|

"Fortnite May Be Addictive, But Could Also Promote Learning, Say Stanford Experts" – Education Weekly, May 31, 2018

Several speakers made the point, during PlayCon that smart toy companies will look for toy properties in the digital play space.

So, rather than a threat to the toy industry, I see it as a major opportunity. Here is why:

1.    It is colorful, has lots of characters and lends itself to action figures, accessories and other play elements.

2.    It can be parsed so that some toys are meant for younger players and others can be aimed at older teens, adults and collectors.

3.    It is hot and is going to stay around for a while because the macro story is ever changing. For example, the Fortnite map was recently hit by a comet that formed a crater and opened up a large number of new play opportunities. What was cool about it is that players saw the comet coming, first as a small object, for a number of weeks. Its that kind of anticipation and play value that keeps people engaged.

4.    Board games, construction toys, collectibles, puzzles, action figures, costumes and more all lend themselves to the license.

What do you think about Fortnite? Is it good or bad for the traditional toy industry?