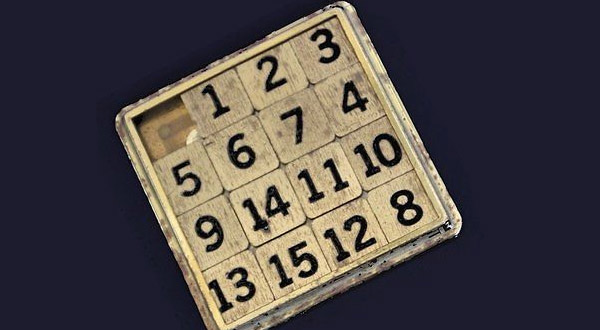 Do you ever ask yourself: "What was the "Rubik's Cube" before there was a "Rubik's Cube"? You don't? Well, okay then, I am going to talk about it anyway. Its the sliding number puzzle.

It was kind of a 2 dimensional Rubik's Cube with a play pattern similar to the one upon which Thinkfun's Rush Hour is based. It consists of 15 numbered squares and one empty one. The idea was to scramble the puzzle and have someone else try to put them in order. 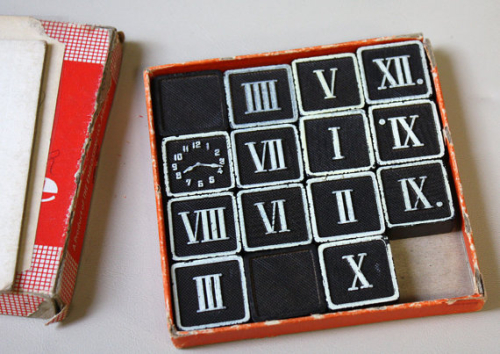 Originally going by names like "15 Puzzle",“Boss puzzle” and “Gem puzzle,” it became a global fad in 1880, ironically 100 years before Rubik's hit the market. It was a global sensation and made many a puzzler crazy trying to figure out how to do it.

Below is a copy of a patent for a sliding puzzle made out of wood. 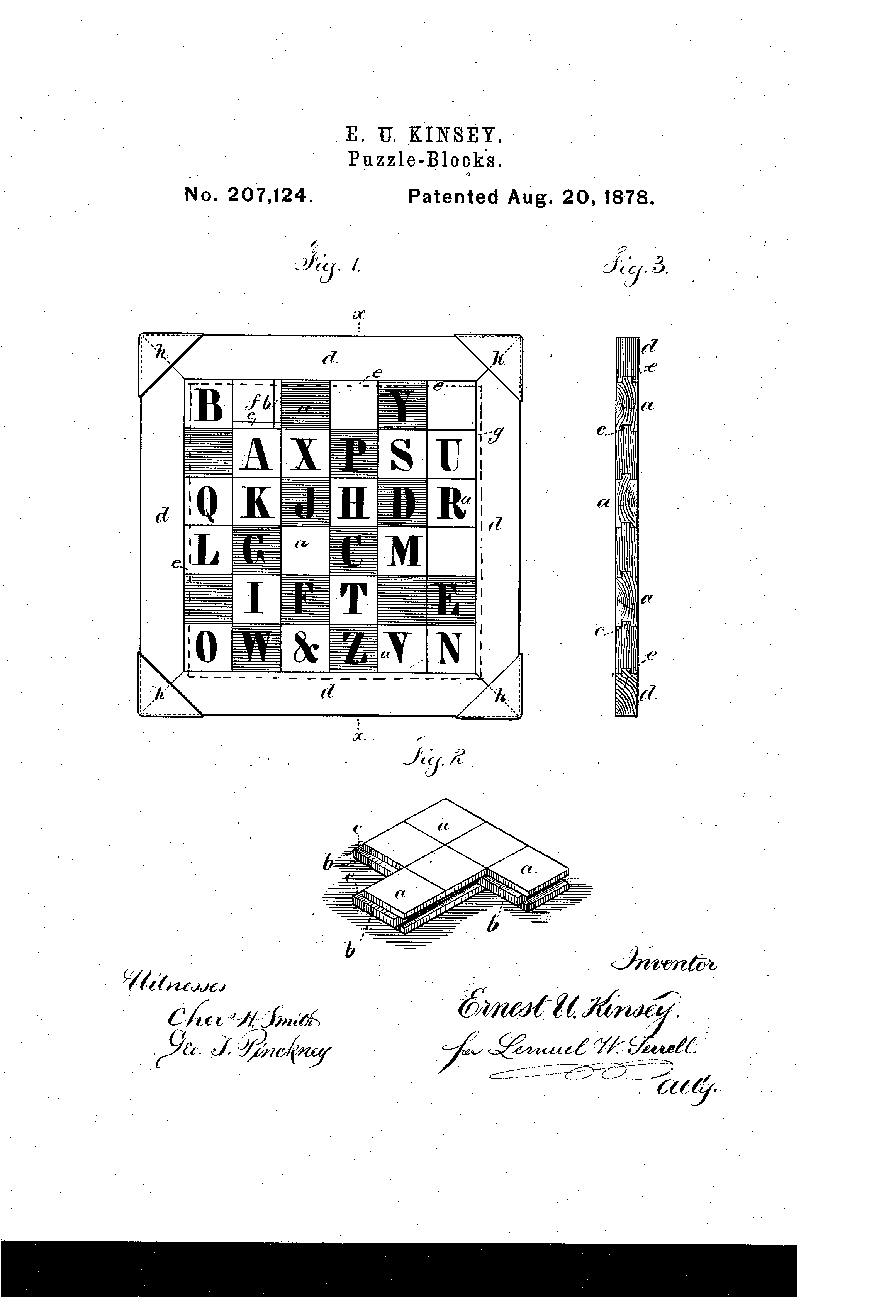 Below is what appears to be a metal version from the 1930's: