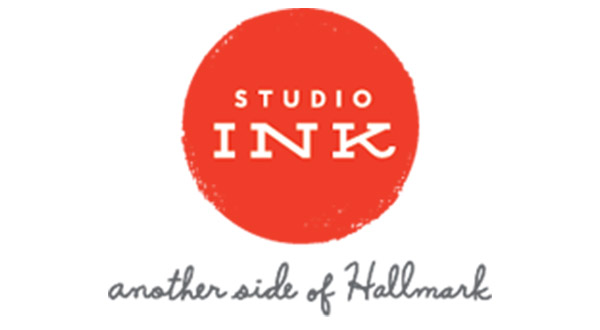 "Its good for inventors who get more recognition and royalties; its good for toy companies who make more sales and its good for consumers who want to connect with those who create what they love."

I was at the Javits Center today, walking through the Stationery Show, when I saw a new line from Hallmark called Studio Ink. What caught my attention was that the line goes out of its way to  honor the designers behind the cards.

Each card has a bio on the back and there is also signage that is placed in the displays in order to group the cards he designer.  So, if an artist has, for example, eight designs currently on the market, they are merchandised together.

I think its a great idea for several reasons. For one, its a nice way to honor those behind the scenes. It is also a great way to create enthusiasts around a particular designer's work.

Let's say you have enjoyed the work of designer, David Olenick, but didn't know who he was. Now, you can look for and collect (if you so choose) his work.

Here is how Hallmark describes him on its website:

David spends his time like he spends his money: prudently, thoughtfully and predominantly on sangria and guacamole.

Philosophy: It can be summed up thusly: “How dare you, David? Who do you think you are?”

Preferred medium: I went to see a medium on the Lower East Side a few years ago. She contacted the spirit of one of my ancestors who warned me to sketch only with ballpoint pens stolen from banks and hotels.

Favorite food: Though it’s a beverage, I have no choice but to say coffee. I really like gummy bears (what grown man doesn’t?), but I’ve never been rude to a cab driver because I was deprived of them.

Obsession: I became addicted to decorative bookends about three years ago. It was a freaking nightmare.

What a great way to make a deeper connection with the consumer. So, here is an idea: What if a toy or game company were to do something similar so that someone who was a fan of toys or games by a particular inventor would be able to look for more by the same person. That would work particularly well with Ecommerce sites as it would be easy to make toys and games searchable by the inventor.

I see it as a win-win for the industry. Its good for inventors who get more recognition and royalties; its good for toy companies who make more sales and its good for consumers who want to connect with those who create what they love.