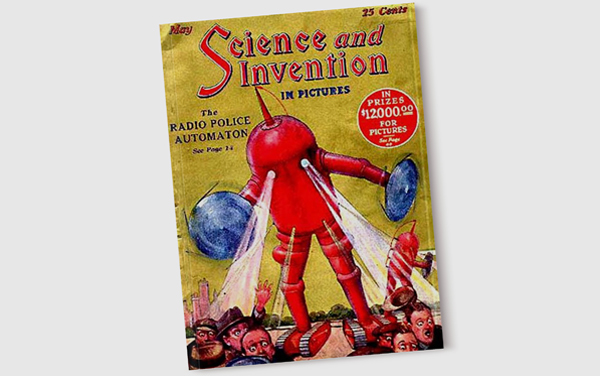 I love toy robots and I love art so I thought it would be fun to take a look at how some artists have depicted robots. Above is a wonderful piece of cover art from Science and Adventure in Pictures magazine. It looks like it is from the 1930's and depicts some very scared people running from a wonderful looking robot 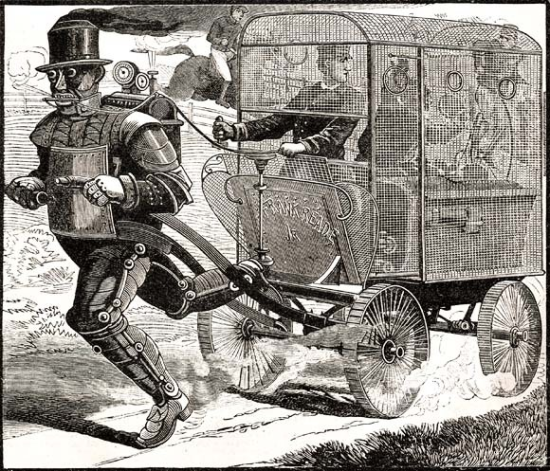 Frank Reade was the lead character in a series of books by Harry Enton (real name Harold Cohen).. The above illustration was published……..get ready for it……in 1868. It was called "Steam Driven Man of the Plains" and, sadly, I could not discover the name of the artist. 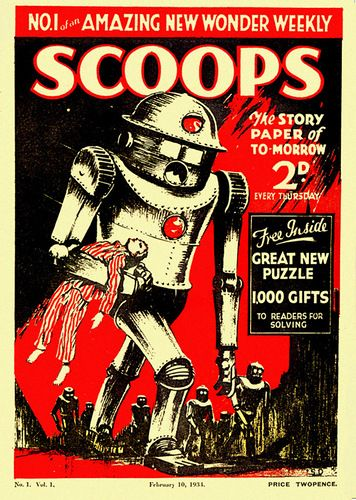 There is something intriguing about the robot depicted on this cover of a 1934 issue of Scoops, a weekly, short-lived, UK science fiction magazine. 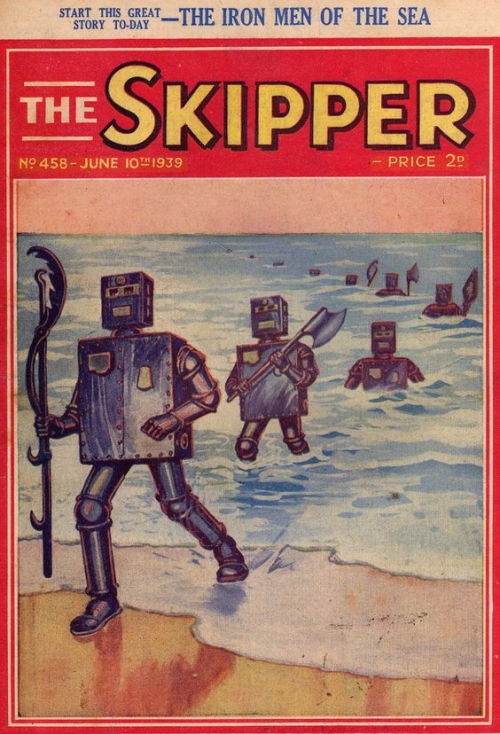 "The Iron Men of the Sea" is an intriguing cover illustration from a 1939 issue of The Skipper. I like it,  not so much for the artistry, but for the depiction of a pretty creepy scene. I particularly like the red shadow that the lead robot throws off as he leads his cohort on to dry land and impending doom for any humans in the way. John R. Neill's Tik-Tok of Oz was always one of my favorite robots. The above illustration accompanied the books publication in 1914.