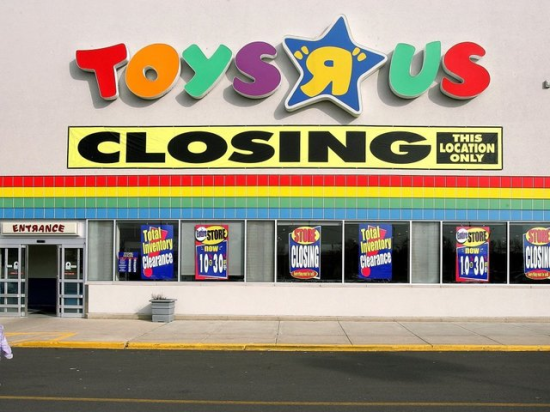 "One might think that owners KKR, Bain and Vornado wanted the same leadership team that had built the coffin to stay around to formerly bury it."

As time goes by, I have become increasingly angry at Toys R Us senior management for accepting $8.2 million dollars in bonuses while, in essence, helping to destroy a retail chain that was a part of the very fabric of the toy industry. But what really makes me mad is the fact that those top executives are receiving that $8.2 million while 30,000 loyal, hard working employees, many of them minimum wage workers, receive nothing. Some of these workers have been with the company for decades. It is truly shameful.

And let's not forget about the independent sales representatives who have lost their livelihoods as well as the many companies who will not receive payment for the toys that Toys R Us is now in the process of closing out.

One might think that owners KKR, Bain and Vornado wanted the same leadership team that had built the coffin to stay around to formerly bury it. Except even that isn't happening.

Here is how a May 11, 2018 New York Business Journal article by Anthony Noto puts it:

Toys 'R' Us execs reportedly to exit retailer early", David Brandon, "the CEO, who drew the ire of a bankruptcy trustee when he received a $2.8 million retention bonus just days before the company filed for Chapter 11 protection, is expected to leave the company Monday." The article goes on to state: "…chief financial officer Michael Short, general counsel James Young and controller Charles Knight are expected to leave before July.

There is something terribly wrong about all of this. Consider that back in September of 2017, The Street ran this article: "Toys 'R' Us Store Employees Set for Higher Wages Despite Bankruptcy". That, of course, never happened, and in retrospect it seems a bit contrived. Was Toys R Us trying to get hourly workers to stay with the company by promising a wage increase that, at least in retrospect, seems impossible for them to have serviced?

Toys R Us employees are now running a petition called "Toys "R" Us: Employees Deserve Severance Pay". They are attempting to secure 75,000 signatures and to date they have secured 53,882.

Tens of thousands of us are losing our jobs while Bain Capital, KKR, and Vornado received $470 million in fees and interest from their investment. Just days before filing for Chapter 11 bankruptcy protection last September, five of the top Toys "R" Us executives received $8.2 million in retention bonuses.[1] CEO David Brandon received $2.8 million and asked for court approval of up to another $12 million in incentive bonuses.[2]

I signed the petition.