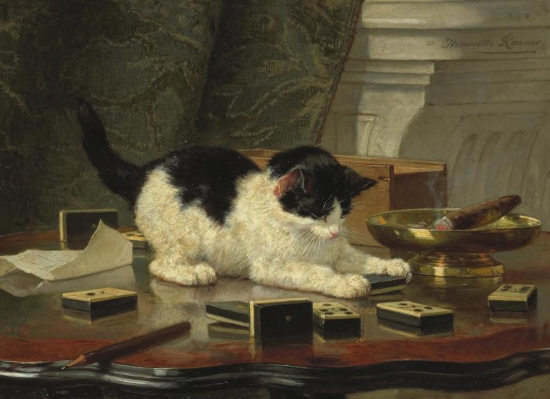 Dominoes is one of those games that people don't play so much as play with. In other words, we use them to create the tumbling, domino effects rather than actually play the game of dominoes. You will recall that the domino effect is when the tiles are very carefully set up on end so that one domino falls and knocks over the next and so on. It can be a beautiful (and sometimes ominous) to watch, a beautiful form of destruction.

But from where did Dominoes originate? It appears that the first recorded mention of them was in 13th century China. They eventually found their way to Italy in the 18th century, possibly brought home by Jesuit priests.

Here are some images of beautiful vintage sets: 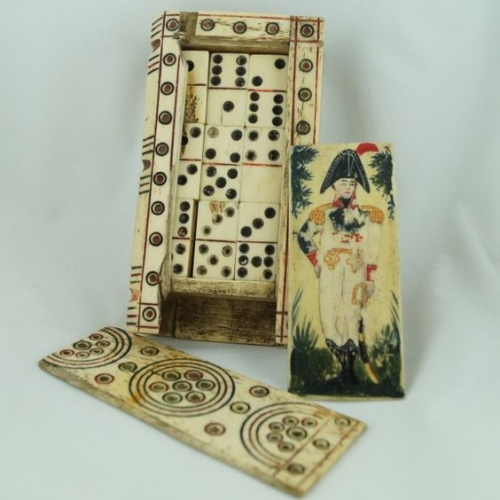 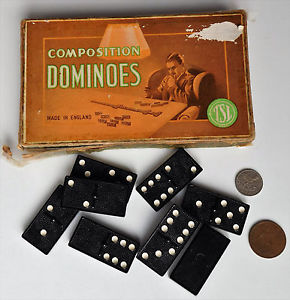 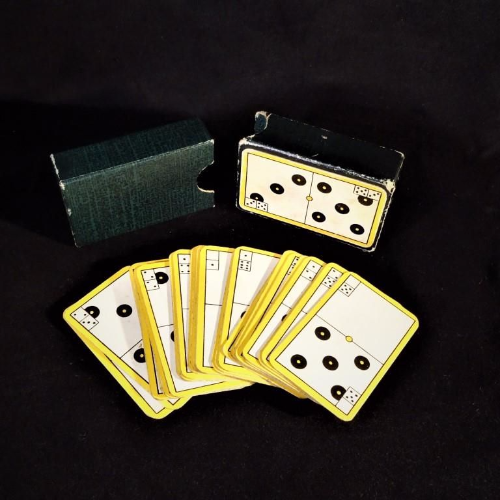