Have you heard about Oculus Go? Its the new, virtual reality headset that, with its $199 price tag and no need for a smart phone, is looking to disrupt how we play and socialize.

If you will recall, Oculus Rift was launched in 2012.  It requires a smart phone and now retails for from $299 to $399. To date, it has mostly found a home with technophiles and "geeks". The new Go version, however, is designed to appeal to the "masses". 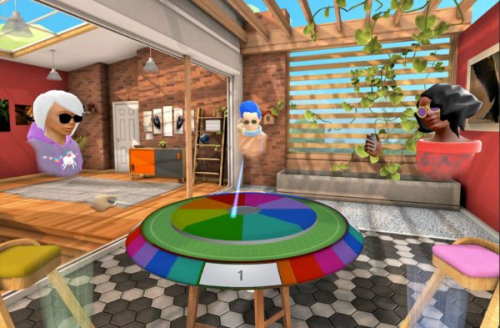 As those of us in the toy industry know, virtual reality has not been a particularly successful tool for play. Its possible that Oculus Go could be a breakthrough.

Case in point is Hasbro's decision to create Monopoly, Boggle and Trivial Pursuit apps to be used with Oculus Go. You will be able to play these games in the "Oculus Rooms", which are virtual playrooms. Your avatar will appear and you will be able to sit at a table and play chess or Boggle and feel like you are sharing space with your friends and / or family.

There are actually more than 1,000 other apps and games so Hasbro will by no means be alone. What will be interesting is whether other game and toy companies get on board.

You have to hand it to Hasbro. They are ready to be on the cutting edge of technology and they will either gain the positioning that comes from being a first mover or learn the valuable lessons that come from failure.