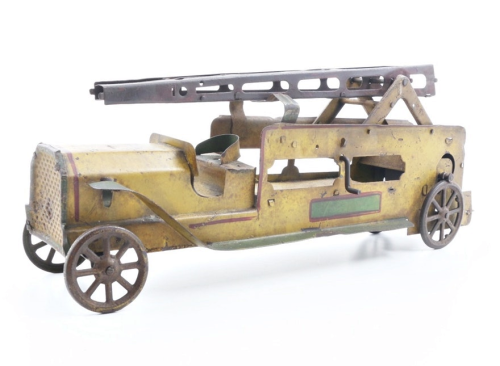 The Wright Brothers were not lone inventors living in Dayton, Ohio. They were part of, not just an inventing community, but a toy inventing community. That is what occurred to me as I came upon a book by William Gallagher & Richard Cummings entitled: The History of Dayton Ohio Toy Makers.

The book tells the largely unknown story of Dayton, Ohio's role as a  major toy inventing and manufacturing center during the early 20th century. In fact, according to the authors, there were 38 toy companies operating in Dayton between 1900 and the Great Depression.  To provide some perspective, the population of Dayton in 1900 was only 85,000 people. And interestingly, it was a Dayton based inventor who, in 1897, secured a patent for the first friction operated cars called "Hill Climbers" (see above image*). 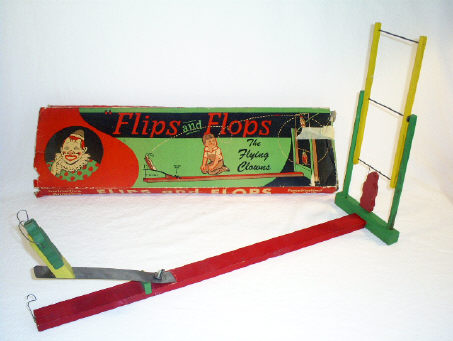 The Wright Brothers were, when you really think about it, toy manufacturers. After all, it was their bicycle shop that paid the bills while they invented the airplane. Interestingly, Orville Wright invented a toy called "Flips and Flops The Flying Clowns". Below is an image of the game**.

In fact, The Wright Brothers were inspired to create the airplane due to a flying toy their father gave them. It was called the "Flying Bat" which flew vertically using a rubber band propeller.

Its interesting, don't you think, that when you dig a little you find that toys and toy inventors seem to pop up as inspirations?