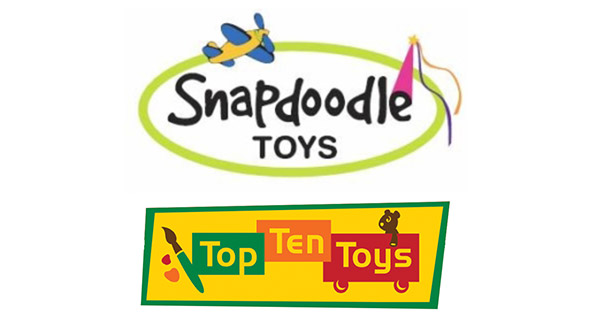 It is not about how many square feet you lease but how many great toys you carry.

There is a very nice story by Benjamin Romano, in the May 1, 2018 Seattle Times entitled "Local toy combo: Snapdoodle buys Top Ten Toys". It is about the acquisition one toy store by another but I  think its about more than that.

The purchaser is Snapdoodle Toys and the retailer they are acquiring is Top Ten Toys. Both store owners (Top Ten owner is Allen Rickert and Snapdoodle is helmed by Rob and Cherry Pickering) are highly respected running great toy stores.

Yes, the article was nice but It was this paragraph, however, that struck me:

At 9,000 square feet, Top Ten claims to be Seattle’s largest toy retailer — and might be the largest in the state after Toys R Us closes locations in Washington and across the country. While it is still substantially smaller in size than the typical big-box retailer, Top Ten said it has some 20,000 items on its shelves, nearly double the number found in a Toys R Us. Snapdoodle, too, boasts a similarly large selection.

According to eMarketer Retail Toys R Us stores typically run / ran 20,000 to 50,000 square feet. That means that Top Ten, with anywhere from one-half to one-fifth the size had, according to the article, twice as many items.

I have never been in Top Ten Toys so am not able to say how accurate the item counts are but even if you throw in a little hyperbole it is still notable. It is not about how many square feet you lease but how many great toys you carry.

So, if you are in toy retail or want to get in, don't think you have to invest in a lot of acreage. Just put your emphasis on finding great toys and lots of them. The business will follow.