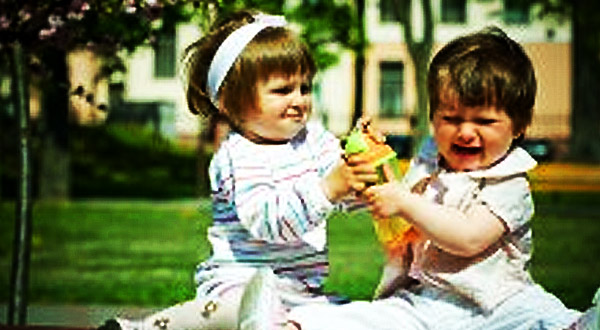 Angela Hanscom, "The decline of play in preschoolers — and the rise in sensory issues", Washington Post

I just read a very interesting (and troubling) article in the Washington Post by Angela Hanscom, a pediatric occupational therapist and author. Entitled "The decline of play in preschoolers — and the rise in sensory issues", the article posits that children are having difficulty emotionally coping and handling basic socialization activities like sharing and taking turns.

To describe what is going on she quotes a preschool teacher who has been in the classroom for forty years. Here is how she describes the behavior of the children:

"They are more easily frustrated – often crying at the drop of a hat.” She had also observed that children were frequently falling out of their seats “at least three times a day,” less attentive, and running into each other and even the walls. “It is so strange. You never saw these issues in the past.

What has changed? It appears that it is emphasis on academic performance at the cost of play that is causing children to be academically sharper at a younger age but to be lacking in what can only be learned on the playground: Having to get a long with others. In addition, the lack of playtime leads to heightened aggression and an inability to sit still.

Adults are trying to help children cope by teaching them meditation, breathing exercises and more. As she points out, all of this would be unnecessary if children simply got the amount of playtime that is essential in children before the age of seven.

In order to learn more, I checked in with Wendy Levey, Founder and Director of ECNS (Epiphany Community Nursery School) in New York City.

She told me that she was seeing the same thing but had come up with a solution: Providing active playtime before school starts. Parents can drop children off before class time begins for  playtime in the school's gym. She tells me that children are far calmer and more ready to work when school starts.

As I have noted before, we in the toy industry need to advocate for play in our homes and communities. If we don't those children may grow up to be adults who bump into each other on the sidewalks and we all know where that ends up.