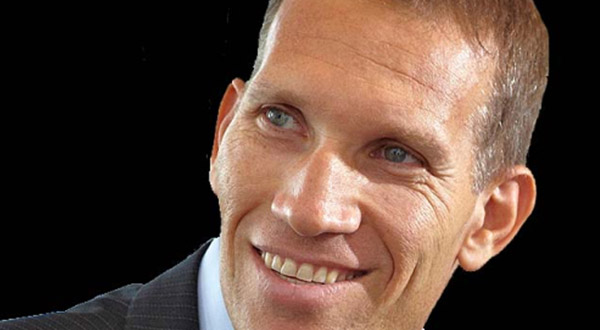 "We think investors will quickly take notice that Mr. Kreiz has twice sold companies he ran to Disney, which could increase ongoing speculation that Mattel may be the subject of an acquisition."

As if the business of play isn't hard enough during normal times, industry citizens are currently having to deal with the Toys R Us bankruptcy, concerns over US retaliatory tariffs on toys and the call by some of the Chinese media for a boycott of U.S. brands. Now we have a sudden and unexpected leadership change at our leading and already troubled toy company, Mattel.

I received a call last night at around 5:00 PM from a Reuters reporter asking me for a quote on the appointment of Ynon Kreiz as the new CEO of Mattel. He will be replacing Margot Georgiadis as CEO of Mattel.

I was, to say the least, surprised. I sat for a few minutes and asked myself some of the same questions that you may have asked:

I then went about thinking about and answering these questions. Here is what I found:

Georgiadis was not fired but had surprised the Mattel board by taking a job with Ancestry.com. One would speculate that because Mattel continues to struggle under Georgiadis, she thought it was time to take advantage of the offer from Ancestry and leave now before she was pushed. It is also possible that the company, old school toy, was not a natural fit for a woman whose latest experience was as an ad executive at Google.

I also learned that her replacement, Kreiz, was already on the Mattel board so it appeared to be a quick hiring decision. Also, notably, Mattel was not complimentary about Georgiadis in the announcement so I would assume that Mattel's board was surprised and unhappy by Georgiadis' decision to leave.

And then I thought about the people that Georgiadis has brought in to help her move Mattel from a traditional toy company to becoming one that is more digitally enabled. What would happen to them? And what would the company's new direction be? Would it follow the path that it was taking with Georgiadis or move to a different one?

The Mattel board assures us that Kreiz will stay on the same path, and I don't doubt that, but how he will pursue that path will certainly change based upon his background and personality.

Kreiz comes out of traditional television as well as digital entertainment (Disney). He had formerly been the Chairman and CEO of Maker Studios, a provider of YouTube content, which was acquired by Disney in 2014.

Perhaps, more importantly than Kreiz's experience is his history of selling companies to Disney. Gerrick Johnson, Toy Industry Specialist for BMO Capital Markets,  put it this way in his email this morning: "We think investors will quickly take notice that Mr. Kreiz has twice sold companies he ran to Disney, which could increase ongoing speculation that Mattel may be the subject of an acquisition."

Things in the toy industry just don't want to settle down. A lot of toy industry citizens are going to have that extra Martini tonight.