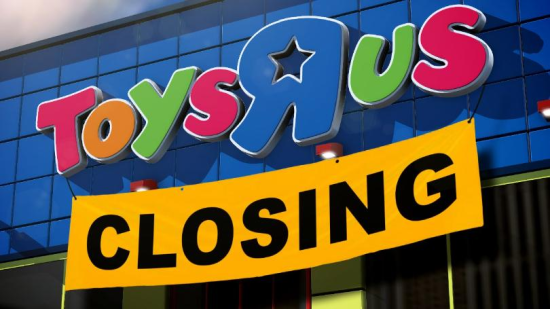 "As we move forward it becomes increasingly clear that Toys R Us had ceased to be anything more than a big building full of toys."

Here are some thoughts on what has happened (is happening) since Toys R Us announced its liquidation:

Toys R Us Asia, unlike the US and UK stores, has a number of suitors, each willing to spend in excess of $1 Billion for the rights to the 85% ownership that the bankrupt parent company has put on the market. It is unclear who the bidders are but it would seem likely that one of them is Li & Fung, which currently owns the other 15%.

While in China I asked around to find out why the Asian stores were more successful than those in the west and was told that it was all about location. The Asian stores, particularly those in China, are in new buildings making the shopping experience far more attractive. More importantly, the leases are such that the Asian stores can easily and quickly get out of slower moving locations and move to new, more heavily trafficked sites.

Isaac Larian Offers $800 Million for Toys R Us, Will He Be Successful?

Isaac Larian, CEO of MGA, has put in his offer to purchase 300 US and Canadian stores. Isaac has stood out in the industry as the one individual who has taken action to try to save the chain. It will be interesting to see if the offer is accepted and if so what happens next with Isaac at the helm.

Is the Failed "Go Fund Me" Campaign a Comment on the Public's Lack of Sentimentality for Toys R Us?

I applaud Isaac Larian's attempt to get the public involved in saving Toys R Us through a "Go Fund Me" campaign". The public, however, just wasn't sufficiently interested.

In fact, the lack of interest may be a sign of how much the consumer has distanced itself from Toys R Us.  Yes, it was a long, long shot but the public just didn't have the warm feelings and fond memories needed for them to invest the energy or money required to save an institution they no longer cared much about.

Toys R Us Having Trouble Selling Its Buildings, Why?

New York Post writer, Lisa Fickenscher, put it this way in her article, "Toys ‘R’ Us is having trouble selling its store locations":

As the massive liquidation of the storied retailer hits full swing, it’s becoming clear that real estate shoppers view its unattractive, boxy stores the same way toy customers did in recent years…Of 140 stores that hit the auction block last week, just 50 received winning bids, and 30 of them were from the landlords themselves, some of whom scooped up their own properties for $5,000 to $10,000.

So, it wasn't your imagination that the crumbling parking lots, awkward store entrances and square, unimaginative exteriors looked the same as they did a generation ago.

As we move forward it becomes increasingly clear that Toys R Us had ceased to be anything more than a big building full of toys. There was no charm, no excitement and no magic.

The toy industry and the public deserve better. Let's hope that Isaac Larian and those who emulate him can bring back the magic of toy retailing. The industry deserves it, the parents deserve it and most of all the children deserve it.