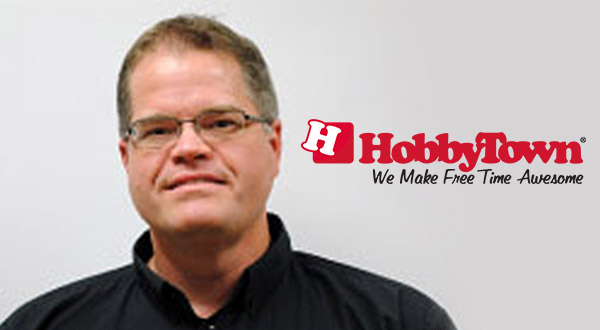 I found it highly noteworthy when I heard that HobbyTown was going to take advantage of the demise of Toys R Us by aggressively growing number their franchise stores. To find out more I conducted this interview with Bob Wilke, HobbyTown President.

HobbyTown Unlimited was founded in 1985 and opened the first franchise store in 1986. Today, there are stores nationwide in 41 states. The HobbyTown franchise consistently ranks annually in the Entrepreneur Franchise 500 recognizing exceptional performance in areas such as unit growth, financial strength, stability and brand power. Bob Wilke was appointed President of HobbyTown in August 2009 after serving as Senior VP since 2000. Bob currently serves as the President of the Hobby Manufacturers Association and is actively involved in the Lincoln community.

Richard:    You have been retailing toys since the 90's and in that time you were in the shadow of Toys R Us. What do you make of this new Post- Toys R Us world?

Bob:    We were literally in the shadow of Toys R Us in many of our store locations that were anchored by the big box stores and we will miss the “drafting” of customers that sought out higher end or hobby grade toys. Water will find its level and the sales volume will eventually move elsewhere to other mass retailers, online and specialty toy retailers like HobbyTown, but the nostalgic “Toys R Us Kids” shopping experience will certainly be missed. One challenge for the toy industry will be to redefine product innovation and consumer discovery without the Toys R Us footprint.

Richard: Can you tell us about your franchise system?

Bob:     HobbyTown began franchising in 1985 and currently has locations in 41 states, the largest footprint of any chain in the hobby industry. Our retail store concept has evolved from the traditional hobby store offerings such as model trains, plastics, and radio control to an expanded merchandise mix with a growing emphasis on toys and activities. HobbyTown provides franchisees with support in all aspects of business operations including marketing, merchandising, inventory management (we have a proprietary POS system), financial preparation and product distribution. Our website is now integrated with each franchise location providing inventory visibility to consumers for an omni-channel shopping experience that meets modern shopping expectations.

Richard:     What are your plans moving forward in light of the end of Toys R Us.

Bob:     We have expanded our strategic merchandising team to focus on growth and development of the toy category in our stores. We are establishing new vendor relationships for our franchisees to make direct buys and also adding to our mix of inventory for distribution. Our distribution offers franchisees with added value as they can more efficiently replenish inventory without meeting traditional vendor MOQs and can experiment with new toy lines and SKUs with minimal investment. We have reformatted our new store design to allow for more activity space and shelf space dedicated to the toy category. As we move forward, we will more aggressively pursue opportunities with toy vendors for product distribution and participation in our cooperative advertising and marketing efforts.

Richard:     What percentage of your stores are devoted to toys?

Bob:    Each franchise store has a unique footprint and some variance in inventory to cater to the local market and the expertise of the franchise owner. The typical HobbyTown store has about 20% of the inventory and footprint devoted to toys, with many stores dedicating up to 40-50% to the category.

Richard:     What do you see as the natural nexus between hobby and play?

Bob:    We have always considered the HobbyTown merchandise mix as a “screen alternative” that engages your mind and hands. Our demographic reaches all ages and begins with juvenile toys such as wooden trains that can inspire a lifelong passion for the model railroading hobby. We recognize that our products must be age appropriate to provide an experience that exceeds expectations for the customer and if that spark is ignited, child’s play can continue a progression through adulthood from toys to hobbies. If anyone wants to know more they can contact us at: sales@hobbytown.com