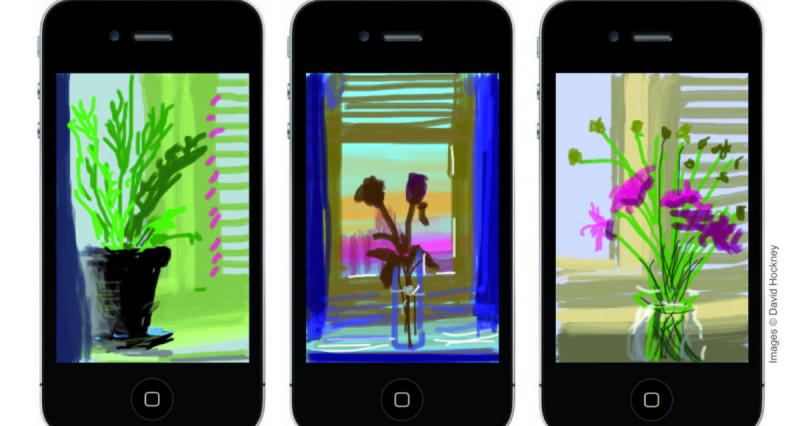 David Hockney is undoubtedly one of 20th and 21st century England's finest artists. He has his origins date back to the 1960's when he was one of the leaders of the Pop Art movement that included Andy Warhol, Jasper Johns and  Robert Rauschenberg.

Mr. Hockney is now 80 years old and the object of a major exhibition of his works at the Metropolitan Museum of Art. I had the pleasure of attending and the surprise, as a result, from seeing his recent work using a cellphone as a digital canvas.

In some ways it seems like a natural progression for him to move from painting images like a bunch of bananas or Wonder Woman to using the ultimate pop art tool: The mobile device. On the other hand, it does seem like a leap for a man who has made his life using oil paint to paint digitally by using his finger.

As I stood there, transfixed by this latest work, I began to think how much we in the toy industry, whose art mediums are largely plastic and in some cases wood, have to learn from a man who was able to make the transition from the physical to the digital.

David Hockney shows us that we have the potential, at any age or from any place, to grasp the new and apply it to our work. Mr. Hockney is more than an artist, he is a living example of the possible.