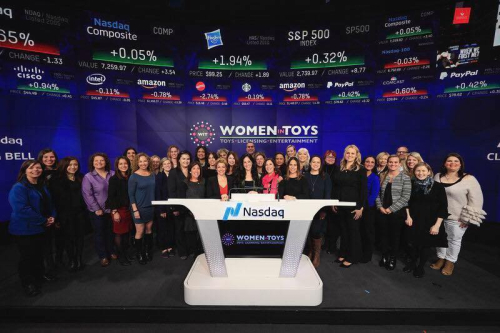 There is no "Women In Toys" organization without the women who lead it and compose its ranks. I have been an admirer for many years but it is my belief that, over the last few years, WIT has turned into what is probably the most dynamic, the most charismatic and the most visionary, independent entity that the toy industry has going.

So here is my question: Despite their highly notable and extremely noticeable accomplishments as an organization, how many of these women are leading companies? Not so many. There is a pool of C-level executive talent right before the industry's eyes. Our smartest companies will take a hard look at this incredible pool of highly accomplished women the next time they look for new leadership.

Women In Toys, you are great for women and even greater for the toy industry, men and women. Its your turn to lead.