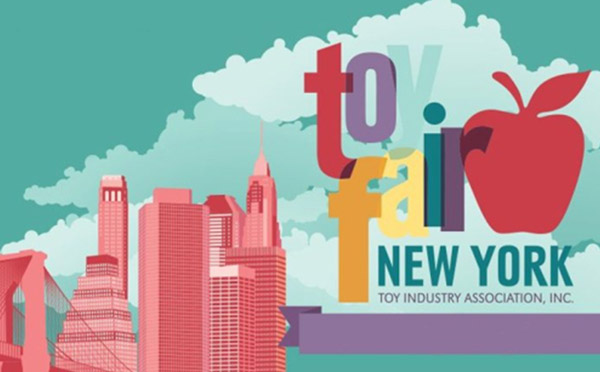 There is a feeling at a toy show that has nothing to do with the size of crowds or the number of exhibitors,. It is an intangible feeling of energy (positive or negative) that seems to pervade the atmosphere. I found that quality at this years show to be one of robustness. This was a muscular Toy Fair with an industry that is (surprisingly) feeling its oats.

If that surprises you (and it does me as well) it is because of the industry seemed to look past the  concerns with Toys "R" Us and the rumors around a Hasbro Mattel merger. Rather than finding a worried industry that was pulling back, I saw a confidence in many toy companies, particularly those that are in the second and third tiers that showed up in larger and more quality booths and product presentations.

Though this has not been a particularly great year for the Big 3 (Mattel, Hasbro and Lego) it has been for many other toy companies who picked up shelf space and increased revenues over the last year. It showed at this year's Toy Fair. I wish the Big 3 well but do find it encouraging for the industry's overall health that the center not only holds but grows stronger.

I thought the Toy Association did a great job with Toy Fair and the TOTY Awards. The show itself ran smoothly and seemed manageable with little in the way of disruption. The TOTY Awards featured a faster (and very welcome) tempo than in past years. Winners were on and off the stage quickly.

There was a particularly nice moment at the awards when Spin Master Co-CEO, Anton Rabie, invited "Soggy Doggy" game inventor, Don Ullman, on to the stage to share in the moment. It would be great to see this recognition of inventors take place more often.

Next stop for me on the toy highway is the Guangzhou International Toy & Hobby Fair 2018 in Guangzhou, China. I hope to see you there.