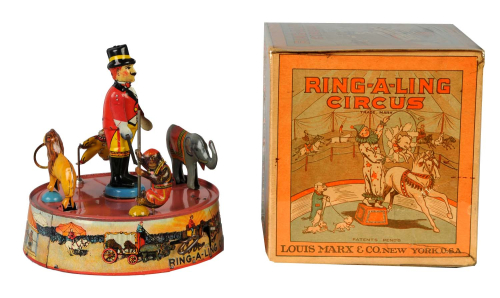 There were a number of important people who passed away in 2017 but one of the saddest was, not the death of an individual but the end of an institution: Ringling Brothers and Barnum and Bailey Circus. In retrospect, it was, in a way, a relic of a bygone era, a time when there was no television much less the Internet. People who would certainly never have gotten the chance to see an elephant, a clown, a high wire walker or a trained seal got that chance for the cost of a ticket.

The toy industry loved the circus as can be seen in some of these vintage toys from yesteryear.  I love the name the Louis Marx company gave to the toy featured at the top. Ring – A – Ling could have either been a very cute name for a toy that rang or it might have been a way of not having to pay a licensing fee; maybe it was both. 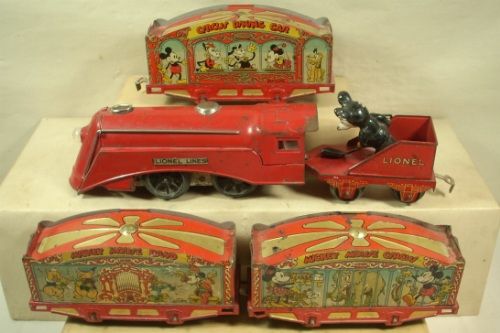 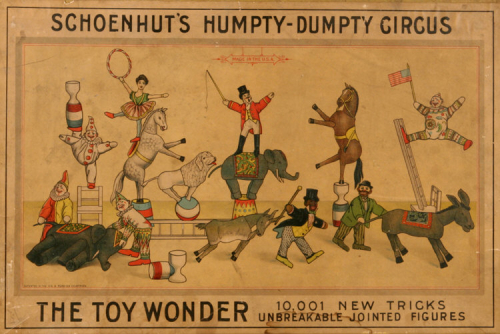 Beautiful Box from the Schoenhut Company featuring a circus toy that could do "10,001 New Tricks" 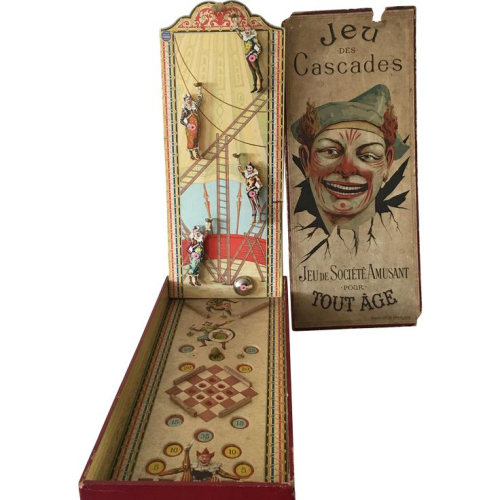