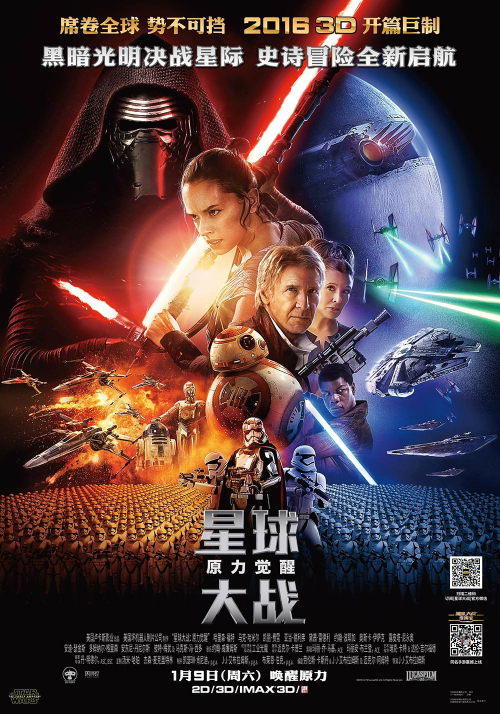 "Doing business in China is no longer a nice add-on but  essential to a successful global brand."
– Richard Gottlieb, Global Toy News

Star Wars has been for several decades a dependable product driver for the toy industry. The latest news out of China is, however, a little bit worrying.

Star Wars VIII opened to a first week box office of $28.7 million. For a country of almost 1.4 billion people and the second largest movie market in the world (20% of total ticket sales), this is very small potatoes. What was shocking, however, was that word of mouth was so bad that the box office shrank down to $2.4 million in the second week. That is, according to the Hollywood Reporter, a 92 percent decline. The numbers were so weak that it has been pulled from distribution.

Why are Chinese movie goers staying away? Interestingly, the original trilogy never got much of a showing in China. The first movie premiered in 1977. That was five years after Nixon went to China and only only one year after the death of hard line leader Mao Tse Tsung.  So, although there was a thaw in relations, there was not yet much in the way of a consumer market or cultural exchange.

The enjoyment and understanding of the later Star Wars movies is highly dependent upon having seen and had a passion for the original trilogy. Without that baseline, the movie can be tough to follow much less in which to emotionally invest.

For a global business like movies and toys, this is no small issue.

China is predicted, over the next few years, to overtake the US as the world's biggest consumer of movies and largest consumer markets for toys. Doing business in China is no longer a nice add-on but  essential to a successful global brand.

Star Wars needs a refresh and maybe even a new beginning so that it is relevant to a new generation. Right now, for Generation Z, it is just another franchise, and a rather arcane one at that. Its their parent's favorite movie and they are just along for the ride.