I don't recall having ever heard of the Kingsbury Mfg. Co. but they sure made a great looking ad. Published in 1927, it still has the power to catch the eye and make you want to purchase a Kingsbury car. I have to admit that I used to think that our modern packaging and advertising were far superior to what was accomplished in the early 20th century. After having spent some time reviewing old packaging and advertisements, however, I am finding that they created some really beautiful artwork, which is what these ads are. Here are a few more: 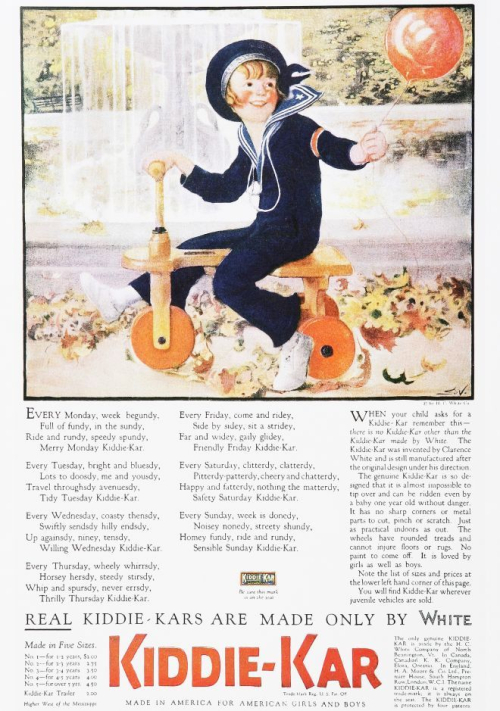 Who ever wrote the poetry for this White Kiddie-Kar ad ("Every Monday, Week Begundy, Full of Fundy, In the Sundy")  deserved to be shot but the visual is gorgeous. 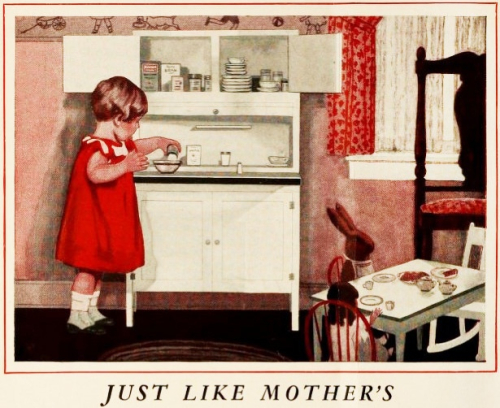 This is a great image with the subtle placement of the bunnies making it extremely charming. The British construction toy company, Kliptiko, is no longer with us but they certainly produced an impressive ad, at least if you were a boy.