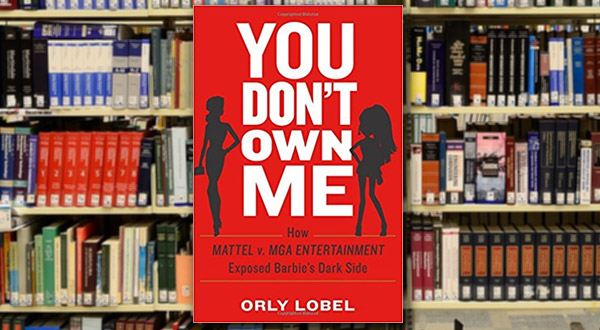 Charles Dickens' novel, Bleak House, was the story of a lawsuit, "Jarndyce vs. Jarndyce", that went on for a hundred years. So long that as Dickens puts it: "The little plaintiff or defendant, who was promised a new rocking-horse when Jarndyce and Jarndyce should be settled, has grown up, possessed himself of a real horse, and trotted away into the other world."

The toy industry has its own version of Bleak House – Mattel vs. MGA Entertainment. It was a fight to determine the rightful owner of one of the 20th century's most successful line of dolls: Bratz.It is a fight between one very large company, Mattel, and one very persistant man, Isaac Larian.

Ultimately MGA Entertainment, owned by Mr. Larian, won the case. Whether Mattel owes MGA additional millions is yet to be determined. And the case continues on.

If you will recall, Bratz was a fashion doll that was launched by MGA in 2001 and took a sizable amount of market share away from Barbie. In doing so, it exposed Barbie as being a step behind in terms of contemporary design and out of touch with the racial makeup of a changing America and world. Bratz dolls were funky and the girls were racially ambiguous, appearing to be Asian, African-American, Hispanic and Caucasian and all at the same time.

Mattel, in an attempt to control the damage from Bratz went to the courts in order to claim ownership. It seems that Carter Bryant, the dolls' creator, was working for Mattel Mattel when he created his line of dolls. Under his employment contract, Mattel proposed that they owned anything he created while an employee. Mattel therefore claimed they owned Bratz and wanted MGA to pay damages.

A new book by Orly Lobel, "You Don't Own Me: How Mattel v. MGA Entertainment Exposed Barbie's Dark Side", tells the story of the tortuous and sometimes tortured journey the main players in this case had to endure.

I was not in the courtroom nor in the boardroom so am not in a position to determine Ms. Lobel's accuracy but it does make for a fascinating, if sometimes overwrought, read.

The story Ms. Lobel recounts may be entertaining for us but certainly not for those who had to live through it, whose careers were destroyed and in the case of Carter Bryant, the creator of Bratz, his joy for design.

I  did, however, come away with some thoughts that I wanted to share:

Mattel was so intent on maintaining Barbie's style and status as the world's leading doll that it froze an image that progressively went out of alignment with how 21st century girls experienced the world. When a company enforces a worldview that is no longer contemporary, those creative young designers that enter later have a challenging time changing the brand to reflect their life experiences.

2.    A leader needs to love the product

It is important to have a good businessperson at the helm but it is, at least at a toy company, as important to have one who feels the joy of play and who loves his or her company's products. Bob Eckert was CEO at the time and no one will dispute that he was a Fortune 500 player. There is a telling moment in the book, however,  when during the trial he was given an MGA doll and a Mattel doll.  He seemed unfamiliar with the products and had difficulty determining which company made which doll. How can you have a vision for your company if you don't intimately know your product.

3.    You need the right leader at the right time

Brian Stockton, Jill Barad and Bob Eckert were all CEO's at Mattel at differing times. Each struggled because they were the right person but at the wrong time. Jill, with her great love of Barbie and toys, would have had a better chance of beating Bratz through product rather than the courts. Brian Stockton with his understanding of operations and logistics would have had a better chance of heading off the product recalls of 2007 than Mr. Eckert. Mr. Eckert, in turn, would probably have more carefully considered whether to make the ill fated Learning Company purchase that ended Jill Barad's career at Mattel.

4.    Know with whom you are getting into a fight.

Mattel was known for never being afraid of a fight but they had never before run into anyone like Isaac Larian. He is that guy who never gives up (and still has not given up). It is amazing what one person with a lot of grit can do when faced with adversity.

The toy industry is a place of big personalities and big stories. If you are new to the industry, stick around. You can be sure there will be more stories to come.