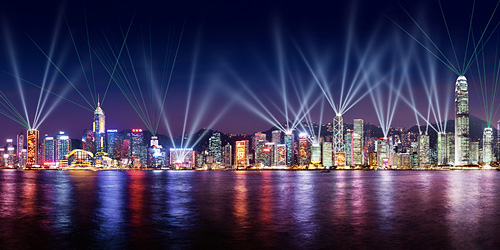 Although the numbers were robust for the Toys & Games Fair, it appeared to me that activity was down in the Tsim Sha Tsui area of Kowloon. This is the cluster of hotels and showrooms favored by the Americans, Canadians, Australians and other western toy companies.

From my own observations and conversations with others, restaurants were far less crowded and toy industry faces on the streets and in the lobbies of Kowloon seemed in far shorter supply. Perhaps it is the trend towards visiting Hong Kong in October or simply the reduction in the number of retailers and toy companies but the activity was in my estimation far below what it was a decade ago.

The outlook among visitors seemed steady and serious. The industry is dealing with concerns about Toys "R" Us and that fact seemed to dampen the mood a bit.

Having said that, it was a pleasure seeing so many familiar faces and friends from around the world. Next stop: Nuremberg.