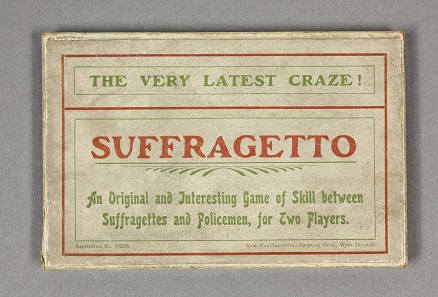 Allow me to propose this theory: If you want to get a sense of how powerful and influential a moment in history was to those living living at that moment,  take a look at the games people played at the time.

Case in point is a series of games that were published in the first decade of the 20th century that were about the women's fight secure the right to vote in the U.S. and the U.K.  The women who fought (sometimes literally) for the right to vote were called Suffragettes or Suffragists. Looking back, we can imagine how the conflict between the genders created tensions within families. One way of dealing with it may have been board games.

Consider Suffragetto, a game about police violence and women. Above is the game box and below is the game board  followed by the rules. Published in 1908, it focused on the fighting between Suffragettes and police.

The point of the game was for the women to make it to the House of Commons without being thrown back by the police.Numerous women were arrested during protests. Some who engaged in hunger strikes were force fed by the police. Others went to the hospital after being beaten. The game attempted to reflect the ongoing conflict by including a hospital area on one side of the board and a police station on the other. 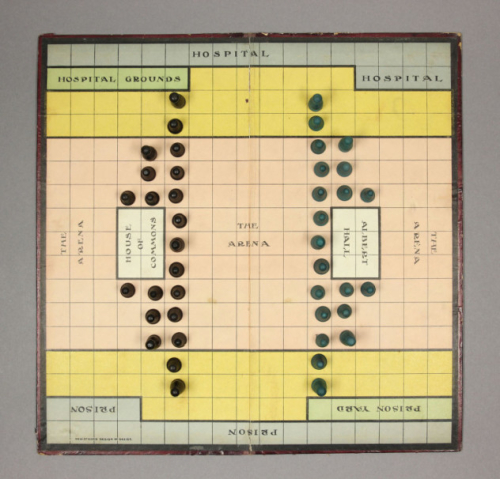 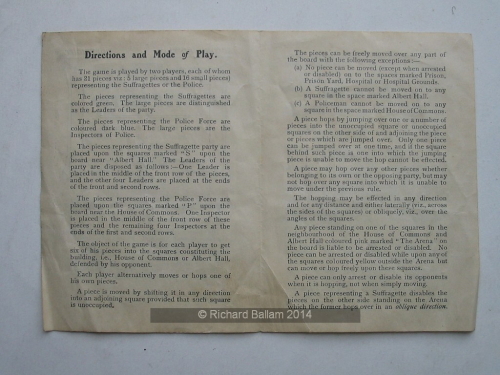 A game with a similar theme is the "Suffragettes In and Out of Prison Game and Puzzle", shown below. 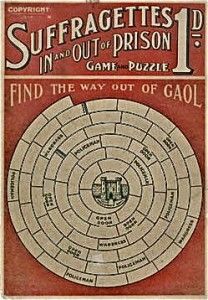 Another game about the Suffragettes was "Panko or Votes for Women" which was published in 1909 by Peter Gurney Ltd. It is followed by one of the game cards. 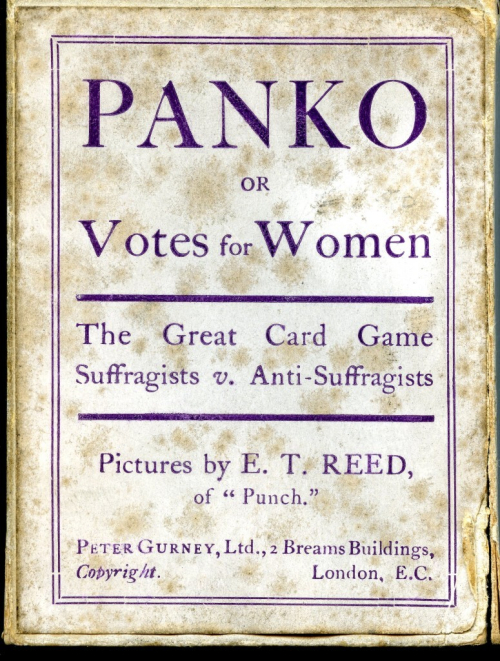 What do you think of my theory and what are your feelings about these games about the fight for Women's suffrage?