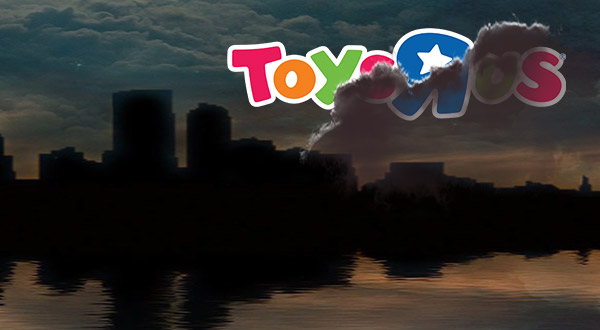 Bloomberg News is reporting that Toys "R" Us will be closing anywhere from 100 to 200 stores. The company is currently operating 879 stores so that would be a decrease in stores of anywhere from 11% to 22%.

According to the Bloomberg article by Loren Coleman-Lochner, the retailer has been struggling. Coleman-Lochner writes: "U.S. sales have declined about 15 percent this Christmas-shopping season from a year earlier, according to people recently briefed on the matter, who asked not to be identified because the information isn’t public."

She later goes on to state:

Weak holiday results threaten to complicate the retailer’s plans to get its finances in order and emerge from bankruptcy with an improved balance sheet. Before filing for bankruptcy, the company had been weighed down by roughly $5 billion in debt, stemming from a leveraged buyout last decade led by Bain Capital.

In addition to the potential US store closings, it is being reported by the UK newspaper, The Guardian, that Toys "R Us U.K. (a separate entity from the U.S. based Toys "R" Us), is planning to close 26 of its 84 stores (32%).

According to the article, "Toys R Us faces collapse with loss of all 3,200 UK jobs",Toys "R" Us U.K. is in a struggle with the Pension Protection Fund. As the article puts it: "The PPF, the industry-funded, state-backed safety net, demanded that the troubled retailer pump about £9m into the ailing Toys R Us UK pension fund." According to the article, that failure to do so could force the company to liquidate all stores. (UPDATE:  The BBC in an article entitled: "Toys R Us future in UK plunged into doubt over pension scheme", is reporting that the Pension Protection Fund has voted against Toys "R" Us's rescue plan.)

This is all rather sobering but the silver lining is that there is going to be an opportunity for retailers who specialize in toys to enter areas from which Toys "R" Us will withdraw.

Wal-Mart, Target and Amazon do sell toys but, let's face it, they are not toy stores. Toy stores are special places with a far broader selection of products in a (hopefully) playful environment.

We all need to keep a very close eye on what is happening at Toys "R" Us as there are certainly concerns about the future. There are also, however, opportunities.