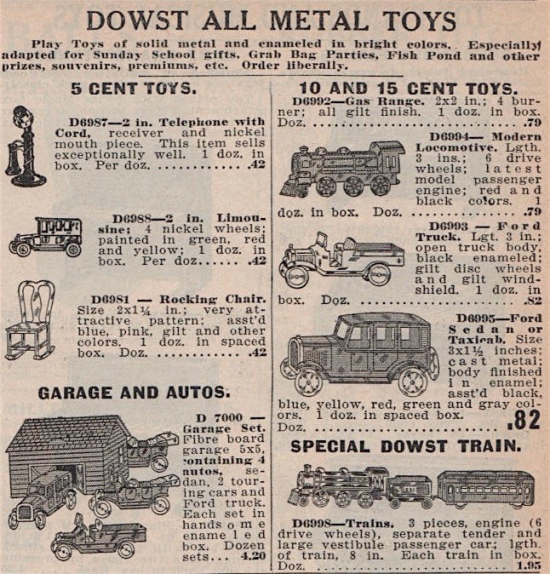 Here is what is cool about Dowst Brothers.

2.    They made the original metal playing pieces for Monopoly (you know, the thimble iron, shoe, etc.)

3.    They also made the prizes for Cracker Jacks.

Dowst was founded in the late 19th century when it began making charms. The company began to use the brand name TootsieToy in 1925 (named for, Tootsie one of the owner's daughters). TootsieToy is still in business today. 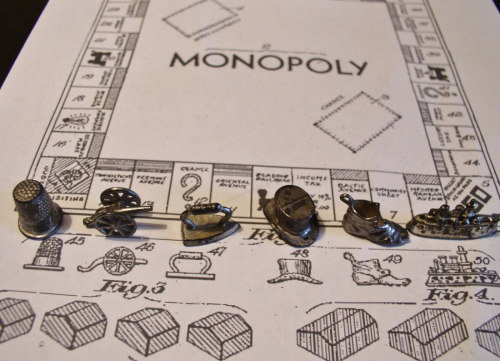 If you look at the picture below of Cracker Jack prizes by Dowst, you will notice that they look a lot like the Monopoly game pieces seen above.

I love the below covers from early Dowst Brothers catalogs: