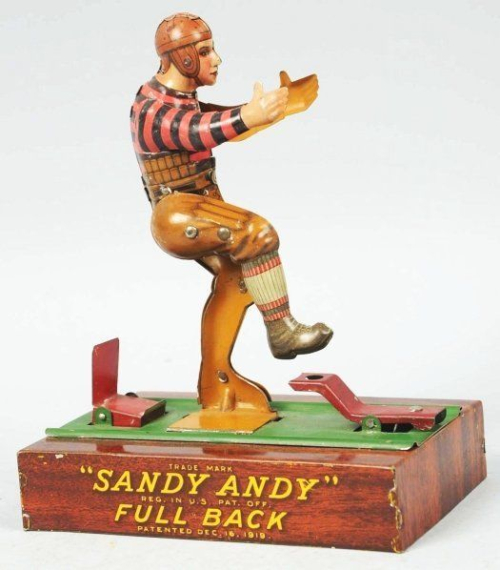 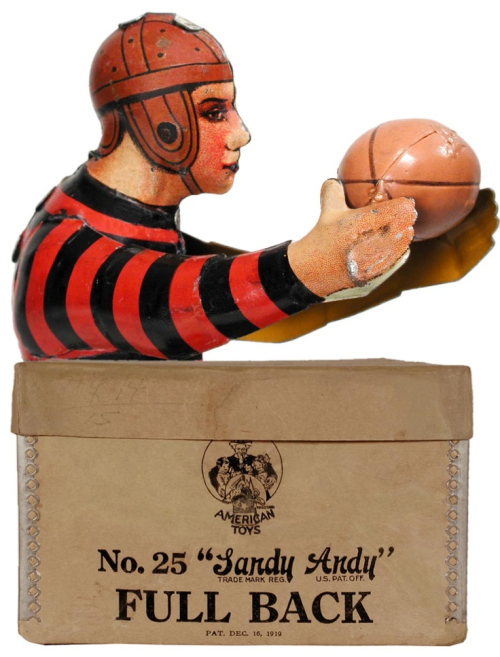 The Wolverine Supply and Manufacturing Company (later to change its name to the Wolverine Toy Company) was born in Pittsburgh, PA in 1903 and passed on out of existence as a purveyor of toys in 1970. It may have been born in 1903 but it was in 1909 that the company began making toys after purchasing the Sand Toy Company. Sand Toy manufactured the Sandy Andy line of tin toys which Wolverine continue to market for several decades.

In reviewing the products, I am struck with how vivid they were both in packaging and product. Some of these toys are almost 100 years old but still look fresh.

Here are some of their products:

The Sandy Andy Full Back" (see above) dates to 1919. The player actually kicks the ball with a spring loaded leg (how cool). 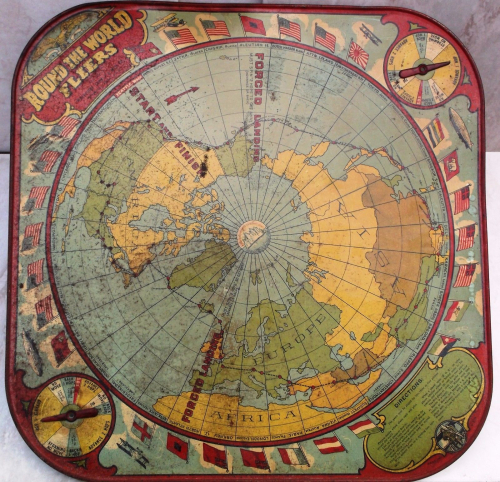 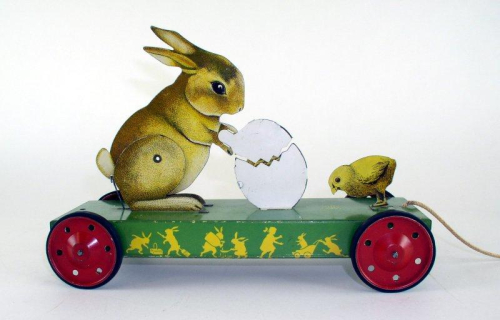 * I find it interesting that Lindbergh flew the Atlantic in 1927 yet this game dates to 1924. This is probably due to the excitement surrounding the Orteig Prize which was founded in 1919 and awarded $25,000 ($374,000 in today's money) for the first person to fly the Atlantic non-stop.