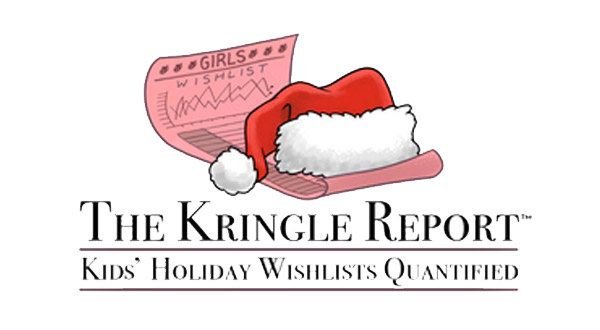 Cory Schwartz is founder and President of ConsumerQuest, a full-service market research firm that has been a leader in children’s teen, and family product research for the past 25 years. Having built his career in corporate- and manufacturer-side research, Cory is often called upon to help design and guide product makers’ research planning. Roughly half of ConsumerQuest’s work is focused on testing the appeal, satisfaction, usability, brand strategy, advertising, and messaging in the kids’ space.

Mr. Schwartz began his career with Mattel Toys, where he played a key role in the company’s forecasting, play testing, and ad testing efforts. Since founding ConsumerQuest, Inc., Cory has conducted over 150 different research projects that quantitatively evaluated and forecasted the appeal of new products. Current and past clients include: Spin Master, Mattel, Disney, MGA, Cepia, Intel, Philips, and Playmates Toys.

Spotting trends as early as possible is a key factor in running a successful toy or game campaign. The trick is, of course, how do you spot the trend in time to do something about it. That was why I was intrigued by ConsumerQuest's "Kringle Report", a year round tracker of toys and play products. To find out more about it, I spoke with the company's President, Cory Schwartz. Here is my interview:

Richard:    Let's start with a very basic question: What exactly is the Kringle Report?

Cory:    “The Kringle Report” is the first study to track kids’ holiday wish lists on an ongoing basis. This study offers an insider’s look at kids’ holiday wish lists, starting in September. Each of the 7 waves of the study, to be conducted into Spring 2018, asks 5- to 11-year-olds to name the toys and games they most want for the holidays. The study also measures awareness of new and promoted items at the SKU level, so that manufacturers can assess the impact that media plans and merchandising are having for potential licensing deals.

Richard:    What made you decide to create the Kringle Report and why now? And how is the Kringle report different from the other "hot toy lists" that come out this time of year?

Cory:    “Hot toy lists” are either derived from very early sales or they are derived from retailer’s wish lists. Neither type of “hot toy lists” represents the wishes of kids themselves! The Kringle Report is based on a simple premise: kids will get the toys they ask for, especially if they ask for those particular toys over and over again.   By quantifying kids’ wish lists and the frequency of requests (we call them “nudges”), The Kringle Report is a leading indicator in advance of sales

For years, savvy toy marketers and retailers have been using point-of-sales data and sophisticated models to forecast future sales. But children’s awareness and interest in toys change rapidly. Many toys introduced in the 4th quarter are unknown or not available or at an unfriendly price point, making projections based on August or September sales inaccurate. Other lists are based on “black box” retail assessments and often appear to reflect the “wishes” of the trade, not the wishes of children. The end result, and we see it every year, is that after Christmas, many brands are left with inventory to close-out while others wish they had produced more. Neither situation is ideal. The Kringle Report offers a unique data point to help forecast.

Additionally, The Kringle Report quantifies the specificity of kids’ requests. This is important because the exactness of a child’s request has implications for what SKU actually gets bought by the parent or gift-giver. Some brands that expect high ticket accessory purchases face a challenge if kids, instead of asking for the product by its full name, merely ask for the brand.

Finally, the list of items asked for is manageable. Here, design and development creatives can use it to focus on the next generation of items. Imagine the power had The Kringle Report existed at the time of the slightest emergence of hoverboards, loom bands, and fidget spinner.

Richard:    What do you see as the value for those who purchase the Kringle Report?

Here are our top reasons why this study is a must-have for toy manufacturers and retailers.

Know what is hot and what is not without having to wait for sales data.

Spot the next big trend as early as possible, so you can act on it.

Adjust media spend based on what's really hot with kids.

Monitor demand for competitive products before those sales even occur.

Rest assured with additional intelligence, having no fear of missing out!

Richard:    We won't tell anyone but can you give us a couple of examples of what you have learned so far?

Cory:    Yes! Here’s three quick examples: 1) A brand has accelerated to be the most requested brand in only its second year. If adults were made aware of this, gift givers could use that information confidently buy gifts for their nieces, nephews and grandchildren. 2) By contrast, between September and November, a popular brand disappeared altogether from many kids’ wish lists. That brand should be cautious looking forward. 3) A smaller manufacturer had very encouraging forecasts for a new launch, supported enthusiastically by a major retailer’s forecast. Yet that brand has been virtually absent from kids’ wish lists! So either thousands of children are not telling us what they really want for Christmas, or that manufacturer and retailer are in for a day of reckoning.

Richard:    Why now? Where have you been?

Cory:    ConsumerQuest has been a leading provider of custom quantitative research in the toy industry for over 25 years. We have seen manufacturers and retailers struggle with undersold or out-of-stock product, and with missing out on the next hit. Technological advances have allowed us to develop sophisticated methods of data collection and analysis to quantify and track kids’ wish lists on an unaided open ended basis. We can do this quickly and efficiently and use Collaborata, the research marketplace, to offer it to the industry at a reasonable cost.