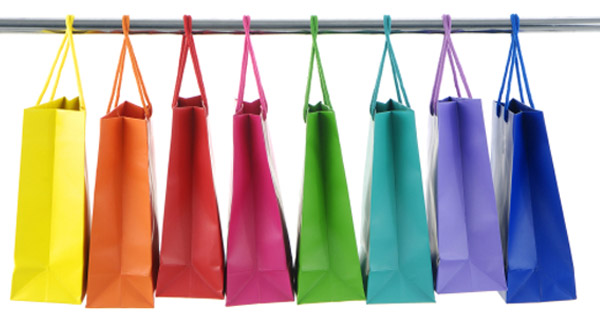 I don't know about you, but I have no patience with store clerks who don't know their products, stores that are out of stock and check out lines that are unnecessarily long. That is why I found the "2017 Retail Reputation Report" so interesting. It actually measured leading retailers on Price and Value, Service, Check Out Time, Cleanliness, Convenience, Store Level Management, In Stocks, Staff Competence and Parking.

The report is the product of Reputation.com and was prepared by Bradley W. Null and Mark D. Lange. It is interesting reading and I recommend that you take the time to read it through.

Here is how they describe their methodology:

Rather than rely on surveys and focus groups, whose insights are limited to the questions asked, we analyzed the spontaneous reviews consumers leave on the web. We applied machine learning and sentiment analysis to unstructured text from over 400,000 reviews that consumers posted on Google and Facebook about their in-store shopping experiences at over 8,000 locations owned by 28 marquee retailers.

And here are the stores that were measured:

As you can see, it represents an interesting cross-section of retail that includes four baby and three  toy retailers. Here are the highlights as they apply to those who sell toys: The LEGO Store, The Disney Store and Toys "R" Us.

The LEGO Store Is #1

The LEGO Store is certainly doing something right as they are number 1 over all. The Disney Stores came in second and Toys "R" Us came in 23rd out of 28 retailers in the over all rating.

Toys "R Us is not seen as a low price leader

What really surprised me was that I thought Toys "R" Us would fare well on price and value. They came in 20th with the LEGO and Disney stores respectively capturing the 7th and 8th spots in the category.

The Walt Disney Company is number 1 when it comes to service with LEGO second. Toys "R" Us was 9th.

Wait Times at the Register

I don't know but I don't like it when a store makes me wait to take my money. Apparently a lot of other people feel the same way. The LEGO Store, however,  offers the shortest wait times while Disney does a pretty good job as well, coming in third. Toys "R" Us was 14th.

Who Has the Cleanest Stores?

You can apparently eat off the floor in The LEGO Store, which again came in first. That is not the case with the Disney Stores which surprisingly finished 10th while Toys "R" Us ranked 20th.

Convenience (how easy are they to get to)

The LEGO Store was first in this category as well and Disney once again came in second. Toys "R" Us came in 10th.

Disney managers apparently know their stuff when it comes to pleasing consumers. They place number 1 while Lego Store managers came in 4th. Toys "R" Us managers are doing pretty well themselves, coming in 5th, right after the Lego Stores.

Do They Have Stock?

Disney Stores were number 1 The LEGO Stores came in 4th. Toys "R" Us came in 18th.

How Knowledgable Is the Staff?

How Nice Are the Parking Lots?

Parking was rated high at the four of the retailers who sell products for babies and children (The LEGO Store #1, Oshkosh #3, The Disney Store #4  and Carter's #5. Toys "R" Us came in 18th.

This is an interesting analysis but I am not sure it is fair to measure Toys "R" Us against The LEGO Store and The Disney Store. Toys "R" Us has a vastly larger amount of items to manage while its customer base represents a broader cross-section of the public.

I do think, however, that this report shows that there are bigger problems for Toys "R" Us than getting better at e-commerce or reducing inventory. When Toys "R" Us is measured against all retailers in all areas they come out in the bottom quarter at 23rd.

Toys "R" Us works hard to give great price and value but consumers don't think they do coming in 20th out of 28. Obviously, the public is not getting the message.

In addition, from poor parking lots when going in (18th) to less than clean stores while shopping  (20th to slow check-out lanes (14th) when leaving, consumers find getting in, visiting and getting out of Toys "R" Us to be unpleasant and inconvenient. These would appear to be easily fixable.

Finally, the good news is that Toys "R" Us managers get good reviews (#5) and store staff comes in in the top third (9th) in knowledge. This tells us that though infrastructure needs a lot of work, there are some good people working in the stores.

We all want Toys "R" Us to succeed. I hope they get a chance to read the "2017 Retail Reputation Report".