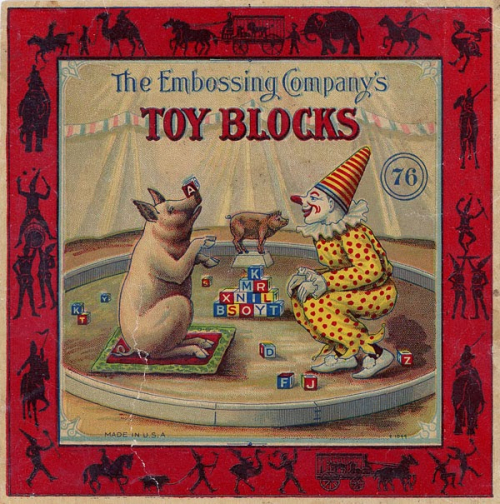 I thought it would be interesting to start looking at some of the toy companies which are  no longer with us. Many were major players in their time yet are largely if not completely forgotten today.

Take, for example, The Embossing Company of Albany. They were making STEM before there was STEM, in fact, long before. 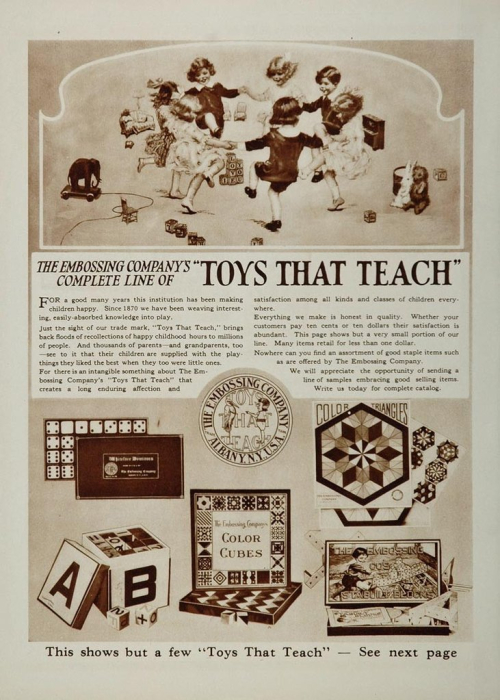 I love the above 1926 ad.  It is uncluttered and nicely laid out.  It rightly claims that the company had been selling toys since 1870. It lasted 85 years, finally going out of business in 1955 when it was sold to the Chicago based Halsam Products Company. The Embossing Company, known for their  wooden toys was, ironically, purchased by a company that made plastic ones. Halsam was eventually purchased by Playskool which was, in turn, acquired by Hasbro.

Interestingly, one of the founders of The Embossing Company was John Wesley Hyatt who is credited with inventing the celluloid billiard ball, replacing ivory, an act for which elephants are, I am sure, eternally grateful.

I have included some of the products made by The Embossing Company. They were very colorful and would have certainly popped off the shelf